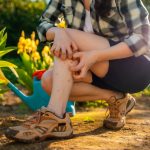 The intermingling of the modified insects with other mosquitoes, the environment, and human beings could lead to devastating consequences.

All in all, about five million genetically engineered mosquitoes were released in Key West over seven months earlier this year.  Fast forward to spring of this year, Oxitec obtained a two-year extension of its permit that allows for the release of even more genetically modified mosquitoes throughout Florida.

Oxitec also obtained clearance to release its genetically modified (GM) mosquitoes in four counties throughout California.  Perhaps the most interesting component of the story is the fact that Oxitec obtained the extension approval before it publicly released the results from its latest field trial conducted in Florida.  It is clear that the EPA is fast-tracking Oxitec’s requests while putting the public’s interest on the back burner and even simply neglecting it.

What will be the price to pay for another human experiment?

Crunch the numbers from the latest Oxitec genetically modified mosquito reports, and you will find more than two billion of the little buggers have been let loose.

What could potentially go wrong?  We simply don’t know, which is why the decision to release these creatures into our environment is so wrong.  Unfortunately, it appears we are in the midst of another experiment without informed consent.

The genetically modified mosquitoes released in Florida and California were built with a genetic kill switch.  If the mosquito mates with a female mosquito in the wild, the baby will inherit the deadly gene, ultimately resulting in the inability to survive or reproduce.  The hope is that reducing the population of mosquitoes will slow or stop the spread of the diseases like, yellow fever and Zika.

Oxitec is advertising its genetically modified mosquitoes as environmentally friendly and also as a boon to property owners who want mosquitoes to disappear for good.  The science behind the approach’s unique self-limiting gene allegedly suppresses reproduction for generations.

Will modified mosquitoes compromise the environment?

The question is whether the genetically engineered mosquitoes will wreak havoc in the environment by disrupting the food chain, ultimately serving as a net negative, albeit with positive intentions.  Time will tell; however, residents in Florida, California, and Texas have good reason to be concerned, raise questions, and protest the transmission of these genetically altered insects into their residential spaces.

(NaturalHealth365)  Chicken is the average person’s meat of choice, yet most people END_OF_DOCUMENT_TOKEN_TO_BE_REPLACED

Too much sitting increases risk of early death, study warns

(NaturalHealth365)  Most people have heard about the dangers of excessive sitting.  However, END_OF_DOCUMENT_TOKEN_TO_BE_REPLACED