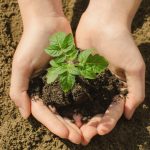 (NaturalHealth365)  If Bill Gates and other globalists have their way, the days of everyday people growing their own food will soon be coming to an end.  The globalists are attempting a full takeover of the food system.

What’s behind the evil plan?  Many believe the overarching aim of this massive takeover is to control people and the sustenance they need to survive.

The shift from natural to artificial is underway

Take a close look at your local grocery store shelves, and you’ll undoubtedly find faux meat of various types, including that made by the likes of Beyond Meat and Impossible.  Fake meat has even made its way into fast food restaurants, including Burger King.  It is clear that a hidden global elite insists on replacing conventional farming, including livestock, with protein alternatives grown indoors that do not actually contain animal flesh.  The problem with this approach is that it is chemical-focused.

Foods laden with all different types of chemicals are now replacing actual meat and fish to allegedly save the environment.  However, with this approach, even if a shift to a vegan lifestyle were to help preserve the planet for future generations, such a monumental pivot to plant-based meals would inevitably be detrimental to human health as it requires the intake of a litany of chemicals in faux meats and other fake foods.

Corporations are leading the vegan transition

There is a common misconception that it is small-time farmers and the likes of entrepreneurs on Etsy who are spearheading the push away from omnivorism to vegetarianism and veganism.  The truth is several massive publicly traded, and privately owned businesses are leading the shift to veganism.  Check out the ownership details of some of the food industry’s burgeoning companies, and you will find many are owned by enormous corporations such as Vanguard, BlackRock, Kellogg’s, and other industry powerhouses.

It is also worth noting State Street, BlackRock, and Vanguard own more shares of stock in Union Pacific than anyone else.  Union Pacific, a railroad specialist responsible for transporting food and equipment for farming, has reduced rail shipping by 20%, ultimately slowing the transportation of fertilizer that farmers need to grow crops.  In other words, you don’t have to don a tin foil hat to understand there is clearly a push for a small group of corporate farmers headed by the likes of Bill Gates and executives at corporations to scoop up farmland, grow the crops we need to survive and ultimately control people.

The worst-case scenario is a future in which massive multinational corporations control and own the ingredients used in the food the masses consume, combined with an outlawing of private farming on one’s land.  At the current moment, it is nearly impossible for a small farmer to compete with the low prices of corporate farmers, especially when backed by billionaires like Gates.

Does a cabal control the planet’s food supply?

Keep digging into the mega-corporations noted above, and you’ll find their top shareholders are from the “old money” families in the United States and elsewhere.  Generational wealth is invested in these massive corporations, ultimately providing a small group of families with a significant amount of control over private industry, the food supply, and the health and wellness of people.

The solution?  Start growing your own (organic) food, as much as you can.  And, support your local, organic farmer … we’ll need them in the coming years.

(NaturalHealth365)  According to the American Cancer Society, “There is no information that END_OF_DOCUMENT_TOKEN_TO_BE_REPLACED