All risk, no benefit? COVID jabs do not prevent severe illness, transmission or deaths 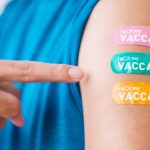 (NaturalHealth365)  My, how the “science” (narrative?) has changed.  First, we were told that the novel gene-based tech called mRNA COVID-19 shots – produced at an unprecedented lightning speed, bereft of the bureaucratic red tape that virtually all other drugs navigate to make it to the market – were the only way to end the pandemic.  We were also told the injections were “highly effective” at preventing COVID-19.  Getting vaxxed, we were told, would prevent infection, transmission, and the death of everyone’s grandmas.

Then, as real-world evidence revealed itself, we were told that these shots were actually never intended to prevent transmission – but only meant to reduce the likelihood that someone infected with SARS-CoV-2 would become severely sick and end up in the hospital.  It was all about reducing pressure on the “overwhelmed” U.S. healthcare system (as if hospitals around the country haven’t already experienced “overwhelming” pressure in past flu seasons).

But a look at recent data now shows that even the claim that the shots prevent severe illness, hospitalization, and death isn’t based on fact.

In a recent article, Children’s Health Defense pulled together COVID shot data from sources including the U.S. Centers for Disease Control and Prevention (CDC) and the United Kingdom’s Office of National Statistics.  The article nicely summarizes some important trends that seem to suggest COVID shots are NOT preventing hospitalizations and deaths as well as CDC director Dr. Rochelle Walensky claimed they did back in August 2021 (when she admitted that the shots “can’t” prevent SARS-CoV-2 transmission).

Here are a few of the findings summarized in the article:

Are COVID shots worth the risk?

Only individuals should be able to decide whether the potential benefits of medical treatment or intervention are worth the potential risks for themselves and their children – not governments, not employers, and not public opinion.

Individuals should be fully informed of all the possible risks of said treatment or intervention before consenting to or declining it.

And if it were to turn out that the potential risks of treatment were likely to outweigh the potential benefits for a given individual – based in large part on their age, overall health, and lifestyle – then one would be hard-pressed not to see how a coercive, propagandized push to take the drug would create even more distrust in the pharmaceutical and political industries.

(NaturalHealth365)  Is the COVID shot necessary for kids?  We know most people END_OF_DOCUMENT_TOKEN_TO_BE_REPLACED

(NaturalHealth365)  As Big Pharma rolls out one COVID booster after another, a END_OF_DOCUMENT_TOKEN_TO_BE_REPLACED