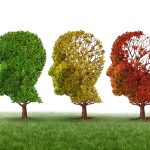 (NaturalHealth365) Roughly 5.8 million Americans over age 65 live with Alzheimer’s disease – and the number is expected to soar over the next three decades.  The Alzheimer’s Association estimates that cases will reach 13.8 million by the year 2050.

While natural health experts have long insisted that there is a link between aluminum and Alzheimer’s disease, Western medical authorities tended to ignore or downplay the connection.  Now, a bombshell British study supports evidence that aluminum contributes to the development of Alzheimer’s disease – and even explores the exact molecular interaction of aluminum on proteins that trigger the disease.

To conduct the study, which was just published in the Journal of Alzheimer’s Disease, researchers examined brain tissue from donors with genetic mutations that can affect brain proteins and cause familial Alzheimer’s disease (a form of the disease that causes people to begin to develop the condition as early as age 50).

Alzheimer’s disease is triggered by abnormal amyloid-beta proteins, which form plaque deposits in the brain and cause large-scale loss of neurons (nerve cells in the brain) in the frontal cortex.  Significantly, the researchers found that aluminum was “co-located” with the substance.  “Aluminum is intricately and unequivocally associated with amyloid-beta plaques,” declared lead investigator Matthew John Mold, Ph.D., of the Birchall Center at Lennard-Jones Laboratories at Keele University, Staffordshire, U.K.

The team also wanted to determine if aluminum exists in abnormal tau protein, another biomarker of Alzheimer’s disease.  While tau protein normally helps stabilize neurons, an abnormal form (phosphorylated tau protein) can accumulate in the brain, creating insoluble filaments that become twisted and snarled.  Together, tau tangles and amyloid-beta plaques act synergistically – meaning each strengthens the effects of the other – to produce neurotoxicity in Alzheimer’s disease.

Reducing aluminum in the brain, of course, could be key.

Aluminum is non-essential, meaning that it serves no purpose in the body.  However, it is biologically reactive, potentiating the redox cycling of iron and generating harmful free radicals.

Exposure to high amounts of aluminum has been implicated not only in Alzheimer’s disease and other neurodegenerative conditions – but also in autism and breast cancer.  According to board-certified naturopathic physician Dr. Christine Schaffner, aluminum is currently the number one toxin found among patients suffering from exposure to heavy metal.

Among the harms caused by aluminum is its interference with enzymes that play an essential role in producing melatonin, a potent antioxidant needed for restful sleep and immune system health.  Insufficient sleep can cause dysfunction in the glial-dependent lymphatic system, a pathway that helps to clear the brain of toxins during sleep.  This, in turn, can result in large amounts of amyloid-beta, which studies have revealed as a primary culprit in Alzheimer’s disease.

Aluminum is the world’s third most abundant element and is present in water, earth, and air.   It is also found in food, cosmetics – particularly antiperspirants – and cookware.  In addition, aluminum is used as an adjuvant in some vaccines.

Is it time for a metal detox?

Fortunately, many integrative doctors and natural healers have protocols to reverse aluminum toxicity.  Dr. Schaffner recommends antioxidant nutrients – such as vitamin C, vitamin E, and selenium – along with low-dose immunotherapy.

Consult an experienced integrative practitioner for a detoxification program that is right for you.

You can also minimize aluminum exposure by avoiding processed foods and following an organic diet.  Probiotic foods – such as raw, unpasteurized sauerkraut, kimchi, and yogurt with live cultures – provide beneficial bacteria that can help trap and eliminate unwanted metals.  And, don’t forget polyphenol-rich, high-fiber fruits and vegetables – such as blueberries, pomegranates, and acai – along with sprouted nuts and seeds and dark leafy greens.

Many natural health experts also recommend investing in ceramic cookware and avoiding the use of aluminum foil.  When exposed to high heat, aluminum leaches out of the foil wrap – and into the food (the last place you want it).

The Alzheimer’s Association reports that Alzheimer’s disease is now the sixth leading cause of death in the United States, claiming over 122,000 lives per year.  The latest evidence showing the link between aluminum and Alzheimer’s disease could play a key role in developing future therapies – and certainly deserves further exploration.

(NaturalHealth365)  You see your home as a safe haven, a place where END_OF_DOCUMENT_TOKEN_TO_BE_REPLACED

(NaturalHealth365)  Every day we use products to clean our homes, sanitize surfaces, END_OF_DOCUMENT_TOKEN_TO_BE_REPLACED

22 years too late: Will the EPA finally crack down on toxic chemicals in toys?