Relieve arthritis and prevent cancer with THIS incredible plant 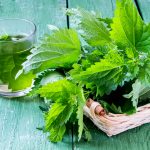 (NaturalHealth365) At first glance, there’s nothing remarkable about stinging nettle.  With its dull-green, notched leaves and small, nondescript flowers, it appears to be the most ordinary of plants.  But did you know that it can be quite beneficial for those who have arthritis?  However, merely touching nettle leaves can become a ‘memorable’ experience due to its intense stinging sensation on unprotected skin.

But stinging nettle is known for much more than simply posing a nuisance to bare-legged hikers.  Nettle leaves and roots have been valued for centuries as an herbal remedy for arthritis, urinary tract infections, and edema.

Now, researchers are finding that nettles suppress the production of inflammatory chemicals in the body and can affect the transmission of pain signals.  Studies exploring nettles’ ability to treat allergies, arthritis, and benign prostatic hyperplasia are ongoing and promising.

A powerful plant with a rich history

Stinging nettle, scientifically known as Urtica dioica, Urtica urens, and Urtica radix, is native to Europe and Asia but presently grows in temperate zones – worldwide.  It flourishes in the nitrogen-rich soil of pastures and woodlands, where it can grow to heights of 4 feet.

When contacted by skin, the fine hairs on the undersides of the nettles’ leaves release irritating chemicals, including formic acid and choline.  The resultant stinging is harmless and usually begins to subside within minutes.  Drying or cooking nettles removes their sting, and they can be consumed as nutritious vegetables.

What are the healing powers of nettle?

Researchers believe that nettles owe their therapeutic powers to their high levels of polysaccharides, lectins – or plant proteins – and lignans, plant sterols that may have cardioprotective effects.  Nettles are also rich in flavonoids, potent natural antioxidants that scavenge harmful free radicals in the body.

Nettles have diuretic properties, meaning they can flush excess fluids from the body and remove toxins.  In animal and test-tube studies, nettles have also been found to have antihistamine, anti-inflammatory, analgesic, and antimicrobial – or germ-fighting effects.

Herbalists and physicians alike may recommend stinging nettle to treat symptoms of benign prostatic hyperplasia, or BPH, a condition in which an enlarged prostate presses on the urethra and causes problems with urination.  Even Blue Shield Complementary and Alternative Health notes that nettle, used along with saw palmetto, helps treat reduced urinary flow and incomplete bladder emptying caused by BPH.

The University of Maryland Medical Center concurs, adding that laboratory studies have shown stinging nettle works as well as finasteride – a pharmaceutical medication – in slowing the growth of prostate cancer cells.

In a 2000 double-blind study published in the Journal of the Royal Society of Medicine, nettle leaves applied directly to the bases of thumbs of people suffering from osteoarthritis were significantly more effective than a placebo in reducing pain and restoring function.  Calling the treatment safe and effective for arthritis, researchers speculated that the nettles’ ability to interfere with Substance P, a pain transmitter in the body, was responsible for the therapeutic effect.

How nutritious is stinging nettle?

Stinging nettle is a truly healthy food with a scanty 37 calories a cup, a whopping 6 grams of fiber, and virtually no sugar, fat, or cholesterol.  In addition, a one-cup serving is loaded with essential minerals, including 428 milligrams of calcium and 1.46 micrograms of iron.

In addition, nettles are an outstanding source of antioxidant vitamin A, offering three times the ‘daily reference’ intake in one serving.  Finally, they are extremely rich in vitamin K, essential for proper blood clotting.

What is the best way to consume nettle?

You can buy freeze-dried nettle leaves in capsule form; topical creams made with nettle extracts are also available.  Stinging nettle leaves are sometimes available in health food stores and may be steamed and eaten like fresh spinach.

If you choose to gather your own, make sure your source is free of animal waste and pesticides, and check with an expert for identification.

Never use nettles to treat a medical condition unless a qualified medical professional supervises you.  Ask your doctor before using stinging nettles to ease your arthritis pain, especially if you have kidney disease, diabetes, or high blood pressure or are taking diuretics or anticoagulants.

In some cases, exposure to fresh nettles can cause a secondary rash, which may last for up to 24 hours.  Just remember, when handling fresh nettle plants, to use gloves, and never apply them to an open wound.