“It’s in the diet:” How to LOWER the risk of cancer cell growth and brain damage 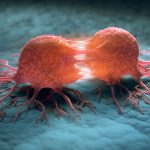 (NaturalHealth365) Cancer – second only to heart disease as a leading cause of death in the United States – claimed over 600,000 lives in 2019 alone.  And Alzheimer’s disease, now the sixth leading cause of death, currently affects over 5 million Americans – a number that the Alzheimer’s Association predicts will skyrocket as the population ages, potentially tripling by the year 2050.

While these statistics are bleak (conventionally speaking), we are not helpless in the face of these two dreadful health conditions.  In fact, scientific research supports the ability of a plant-based diet to help alleviate and even prevent both cancer cell growth and brain damage.

For example, blueberries – rich in disease-fighting flavonoids called anthocyanins – could be one of the most useful weapons in this defensive natural arsenal. Let’s take a closer look at the amazing actions of anthocyanins – and the powerful health benefits of blueberries.

Discover how blueberries can LOWER the risk of brain damage

Mild cognitive impairment (MCI), characterized by minor problems with memory, language, thinking or judgement, is a common consequence of aging. The American Academy of Neurology estimates that MCI is present in about 8 percent of people, as early as age 65 to 69.

However, in some cases, mild cognitive impairment precedes much more serious conditions, such as Alzheimer’s disease or other forms of dementia.  And, experts generally agree that higher flavonoid intake, through dietary consumption of fresh fruits and vegetables, is associated with less cognitive impairment over a ten-year period in healthy adults.

In one peer-reviewed study, scientists unequivocally stated that “cognitive function is better preserved in healthy older adults with a diet rich in plant-based foods.”

In a relatively recent (2017) study conducted at University of Exeter, researchers wanted to see how blueberries, specifically, fit into the picture.  Blueberries, like all intensely-colored fruits and vegetables, are particularly rich in anthocyanins, a group of plant pigments which includes the compounds cyanidin and delphinidin.

If “delphinidin” brings to mind the flowers known as “delphiniums,” give yourself points for intuition. Delphinidin is indeed responsible for the beautiful blue coloration of these blooms.

This is how they went about it.

A group of healthy volunteers aged 65 to 77 was divided into two subgroups.  One group drank 30 ml a day of concentrated blueberry juice for twelve weeks, while the other group received a placebo.  The blueberry juice, which contained 387 mg of anthocyanins, was the equivalent of roughly 230 grams – about a cup and a half – of fresh blueberries a day.

The researchers also measured biomarkers of inflammation and oxidative stress.

Study leader Dr. Joanna Bowtell, head of Sport and Health Sciences at the University, noted that 12 weeks of drinking concentrated blueberry juice improved cognitive function, blood flow to the brain and brain activation in older adults. The blueberry juice’s beneficial effects were particularly associated with cognitive processes such as memory and executive function, which tend to deteriorate with age.

The researchers speculated that the anthocyanins could increase antioxidant activity and promote the availability of beneficial nitric oxide – thereby reducing oxidative stress, improving vascular capacity and reducing inflammation in the brain.

If you are an older adult already affected by mild cognitive decline – a slight, age-related slippage of mental capabilities coupled with an increasing number of “senior moments” and “memory glitches” – don’t stress.

Blueberries may still be able to help!

Anthocyanins attack cancer on all fronts

But, preserving cognitive function isn’t the only gift conferred by blueberries.  In an extensive review published in the well-regarded British Journal of Pharmacology, the authors credited anthocyanins with antioxidant effects that could work against the development of cancer.

Noting that “chronic inflammation is often a harbinger of a tumor,” the authors also highlighted anthocyanins’ anti-inflammatory capabilities as a weapon against cancer.

Due to their high levels of folate, anthocyanins may also help prevent cancer-causing mutations in cell DNA. In addition, they stimulate apoptosis (the pre-programmed “suicide” of cancer cells) and prevent cancer cell proliferation – all without harming healthy cells.

Reap the benefits of blueberries with a daily bowl

To really rack up the dietary anthocyanins, natural health experts advise opting for fresh, organic blueberries – with wild blueberries, the “high ringers” of antioxidant capacity, constituting the best choice of all.

But, if fresh berries are too costly or inconvenient, no worries.

Powdered blueberries and liquid extracts can also provide benefits. However, some experts advise avoiding frozen or cooked blueberries, as there is some disagreement over whether freezing and baking can reduce precious anthocyanins.

Other anthocyanin-rich berry choices include blackberries, raspberries, bilberries and strawberries.

If berries aren’t your “thing,” you can also obtain anthocyanins by eating red cabbage, black plums, Concord grapes, dark, tart cherries, and purple corn.  In fact, here’s a sweet tidbit: anthocyanins are even found in cocoa!

As if cancer – and dementia-fighting powers weren’t enough reason to include blueberries in your diet, these tasty, juicy little morsels are also packed with antioxidant vitamin C, disease-fighting manganese and beneficial dietary fiber.  They can all help to lower blood pressure, discourage the development of type 2 diabetes, and combat obesity.

And, at a modest 85 calories per cup, the benefits of blueberries can be enjoyed with minimal caloric investment.

The scientific evidence is clear: When it comes to lowering the risk of cancer cell growth and brain damage … your first thought ought to be … “it’s in the diet.”  Just because the answer may seem simple … doesn’t make it any less important.

(NaturalHealth365)  Research over the past decade has shown, without a doubt, that END_OF_DOCUMENT_TOKEN_TO_BE_REPLACED