POWERFUL discoveries about breastfeeding and its value to family health, new study confirms 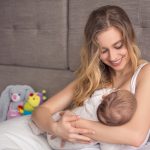 (NaturalHealth365)  Approximately one in every five deaths of females in the United States is attributed to heart disease.  About one in 16 women 20 years old or older have heart disease.  These dire statistics highlight the critical nature of heart-related health issues for women, particularly as they age.  However, there is evidence that something that many women do during their childbearing years could help to protect them by decreasing their risk of cardiovascular issues later in life.

Editor’s note: Discover the best ways to AVOID heart disease.  Click here to get access to the Cardiovascular Docu-Class, hosted by yours truly Jonathan Landsman.

There is no argument that breast milk is superior to formula in most cases.  The many health benefits of breastfeeding for both infant and mother are well documented.  Breastfeeding has been linked to fewer respiratory infections in babies and children and a decreased risk of death from infectious diseases.

For breastfeeding moms, the advantages are pretty impressive too.  The maternal benefits of breastfeeding include lower risks for breast cancer, ovarian cancer, and type 2 diabetes.  Breastfeeding is also believed to cause the release of certain hormones that decrease post-partum pain, speed up healing after birth, and improve bonding between mother and infant.

The study reviewed health records for 1.2 million women.  The average age of the women at the time of their first birth was 25.  Data collected included the number of births, their age at the birth of their first child, if they breastfed, and if they had experienced a heart attack or stroke when they were older.

The researchers found that of the 82% of the women who said they had breastfed their infants at some point in their lives, their risk of developing heart disease decreased by 11%.  At a ten year follow-up, the women who breastfed were:

The study also found that women who breastfed for a year (12 months) or longer were not as likely to develop heart disease as women who had not breastfed their infants.  However, the number of pregnancies did not seem to make a difference.  Neither did the ages of the women at the time they breastfed.

Although breastfeeding may not be for everyone, it is worth a try

Many studies show the benefits of breastfeeding and how much better it is for the infant, but breastfeeding is not for everyone.  Some women work in environments that are not breastfeeding friendly, and some new moms need more support and education than they get early on.  This can be discouraging and cause them to stop.

Experts recommend that infants should be breastfed for at least the first six months of life, but only about one infant in four is actually breastfed exclusively for that period.  There needs to be more education and support for new mothers in the workplace and at home.

Breastfeeding gives babies their best start in life.  Of course, we can’t emphasize enough the importance of moms eating healthy, organic food – even before becoming pregnant – in order to produce the healthiest breast milk for the child.

We, as a society, need to get better at helping new moms make that happen.  Future generations depend on us making smart decisions.