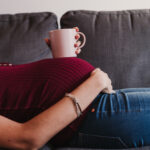 (NaturalHealth365)  The controversy over caffeine consumption during pregnancy is a long-standing one.  While there is some evidence that caffeine can affect a baby in utero, the assumption has typically been that large amounts are bad, causing low birth weight and smaller birth size.  Some doctors have actually told expecting moms that a little coffee or soda isn’t “that bad” because the caffeine content was so low.

The National Institute of Child Health and Human Development Fetal Growth Studies, as part of the Environmental Influences on Child Health Outcomes, studied children’s growth patterns over several years.  There were several studies that were conducted, all measuring children between the ages of 4 years old and 8 years old, along with their measurements taken at birth.

The researchers measured caffeine and paraxanthine (the main metabolite of caffeine) in the mothers’ plasma during the first trimester.

Caffeine affects a child’s size well into childhood and adulthood

The results of the study show that even low consumption of caffeine during pregnancy affects a child’s stature.  In the studies, the mothers who consumed caffeine had children who were shorter in stature, and that persisted up through the child’s 8th birthday.

There was no link found between the children’s BMI and maternal caffeine, but it does appear to affect a long-term decrease in a child’s height.  Even mothers who consumed less than 200 mg of caffeine a day – the current recommended amount – still had children who were shorter than average, meaning that they were impacted.

The health concern of a shorter stature has been associated with potential increased health risks like diabetes and obesity in adulthood, as well as a higher BMI.  Interestingly, there appeared to be no link between maternal caffeine consumption and an increased risk of childhood obesity.

However, this does show that what we do during pregnancy and what our children experience in childhood does indeed affect them when they become adults.  Even in the womb, we are laying the foundation for our children as the adults they will eventually become.  We must take great care to lay a foundation that supports their future health and healthy habits, and that begins with abstaining from certain foods and substances like caffeine during pregnancy.

(NaturalHealth365)  Research over the past decade has shown, without a doubt, that END_OF_DOCUMENT_TOKEN_TO_BE_REPLACED