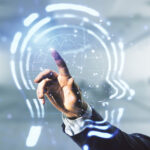 (NaturalHealth365)  As government authoritarians continue to exert social control over the masses during the current era of the pandemic, additional evidence is emerging that the powers that be (TPTB) plan to combine man with machine through transhumanism.  If Big Tech and Big Government have their way, the transhumanist agenda will infiltrate every aspect of life, shifting autonomy away from the individual to the federal government and money-hungry corporations such as those portrayed in the Sci-Fi channel’s Continuum series.

The seemingly sensational statements made above might seem hyperbole until you consider a recent report from Dr. Hotze that reveals a recent Executive Order (EO) 14081 is a covert attempt to implement transhumanism.  Issued earlier this September, this executive order is a masked effort to finance high-tech endeavors that reprogram the human body at the cellular level, similar to how a computer is programmed.

Transhumanism is all about control

On the surface, transhumanism seems like an altruistic attempt to transcend mortality and avert physical pain through technology.  Also referred to as tech transcendence, transhumanism, as envisioned by the current administration and governmental heads across the globe, is nothing more than a new form of social and spiritual control.  However, we would be remiss to suggest that transhumanism is a political issue.  It is not.  Transhumanism is all about control, be it from domineering liberals, conservatives, Big Tech or Big Pharma.

Though living forever through Elon Musk’s Neural Link or Big Tech’s medical implants might seem appealing to some people, it is nothing but a trap that ends or delays the natural life-death cycle.  Totalitarians within the federal government, Big Pharma, and Big Tech are more concerned with controlling the masses rather than extending the human lifespan for the betterment of the individual.

Let’s dig into the nitty-gritty of the recently signed executive order.  Read the language of the EO, and you’ll find the federal government plans to use biomanufacturing and biotechnology to create a bioeconomy that essentially turns humans into the “Borg,” as featured on Star Trek: The Next Generation.  EO 14081 directly zeroes in on the surveillance of the human body and mind through technology.

If everything goes according to plan, the federal government will use Big Tech as a proxy to inject biotech implants and even software directly into the bodies (including the brain) of unsuspecting individuals under the guise of immortality through tech transcendence.  If such a high-tech dystopian scenario were to become a reality, it would ultimately shift control over one’s body and mind to the tech masters stationed hundreds or thousands of miles away.

Can you imagine a bureaucrat in the federal government controlling your body?  How about a tech geek stationed in Silicon Valley injecting demonic thoughts directly into your mind through Neural Link?  Though such so-called advancements might not occur within the next decade, they can occur during your child’s lifetime.

You are not the Borg

The bottom line is human beings can and will be hacked by power brokers in the tech industry and also in the federal government unless we stop the transhumanist agenda before it is implemented.  So resist the push to transform our species into the Borg, fight back against Big Tech, and you will serve as a heroic vanguard of the future.

(NaturalHealth365)  The Wall Street Journal (WSJ), an organization that reports the news, END_OF_DOCUMENT_TOKEN_TO_BE_REPLACED