Conspiracy theory NO MORE: Scientists call for real investigation into origins of SARS-CoV-2 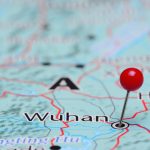 (NaturalHealth365) It seems like a lifetime ago when most of the world first heard of Wuhan, China.  Back then, officials quickly quashed rumors that SARS-CoV-2, the virus that causes COVID-19, originated in a lab – specifically, the laboratory at the Wuhan Institute of Virology, which has received funding from the National Institutes of Health (NIH) and has been heavily involved in gain-of-function research (aka, engineered viruses).  Instead, we were told SARS-CoV-2 crossed to humans via infected animals (possibly bats) from a nearby wet market.

But many who were labeled conspiracy theorists about this issue may now have some reprieve, as calls for closer investigations into COVID-19 origins are growing, and people are beginning to take this question much more seriously:  “Did the novel coronavirus come from a lab?”

Back in January and February of this year, the World Health Organization (WHO) sponsored an initial investigation into the origins of the pandemic virus.  At the time, the WHO concluded it was “extremely unlikely” that the pandemic virus came from the now infamous Wuhan laboratory and that a zoonotic transmission (animal to human) was most likely to blame.

The BSL-4 lab in Wuhan is one of the few laboratories in the world certified to perform research on viruses, including smallpox, Ebola, and coronavirus.

But in a May 2021 letter published in the peer-reviewed journal Science, some of the world’s leading scientists call this conclusion into serious doubt, saying it was not scientifically justifiable.

Among the scientists’ concerns:

Stanford, Harvard scientists also urge investigators to take a closer look at “gain-of-function” research done in Wuhan; labs and public health agencies should “open their records to the public”

In the Science letter, the researchers also urge officials to scrutinize the Wuhan lab’s involvement in gain-of-function research more closely.

Gain-of-function research is essentially the process of engineering powerful pathogens.  In the laboratory setting, researchers genetically manipulate and modify viruses to make them more infectious.

The fact that gain-of-function research on bat viruses was occurring in a laboratory that just so happened to be in the same city where the first reports of COVID-19 broke might be circumstantial at this point – but even mainstream media has to admit that the lab-leak theory is no longer just a “conspiracy theory.”

The authors of the powerful letter – including a prominent Stanford microbiologist, Harvard epidemiologist, and one of the world’s leading coronavirus researchers – conclude that any future investigations into the origin story of this pandemic virus should be “transparent, objective, data-driven, inclusive of broad expertise, subject to independent oversight, and responsibly managed to minimize the impact of conflicts of interest.”

They add, “It was Chinese doctors, scientists, journalists, and citizens who shared with the world crucial information about the spread of the virus – often at great personal cost.  We should show the same determination in promoting a dispassionate science-based discourse on this difficult but important issue.”

(NaturalHealth365)  The telecommunications industry has rolled out 5G connectivity quite inconspicuously.  The END_OF_DOCUMENT_TOKEN_TO_BE_REPLACED