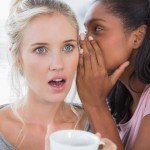 (NaturalHealth365) Newly diagnosed cancer patients typically feel overwhelmed – by the prognosis of their illness as well as the mountain of decisions that often face them.

And now those decisions may become even more complicated. The Foundation for the Advancement of Cancer Therapy (FACT™) is pointing to a quarter century of research that brings into question the decision cancer patients often make to undergo conventional treatments, including radiation and chemotherapy, in hopes of prolonging life.

Drug company controlled news reports and popular thinking have led cancer patients to believe that decades of research have resulted in treatment practices that have improved cancer survival rates.

But, FACT™ points to work by credible cancer researchers that seem to fly in the face of this commonly held belief. The late Dr. Hardin B. Jones, professor of medical physics and physiology at Berkeley, Calif., conducted research spanning 25 years in the life of cancer patients that led him to conclude that untreated cancer patients did not die sooner.

In fact, in many instances, they lived longer than those undergoing conventional cancer treatments, such as surgery, chemotherapy and radiation.

In his earlier paper, Dr. Jones illustrated how cancer study results were skewed to conclude that treated patients fared better. For example, patients who died while receiving treatment were not included in results, giving an unrealistically rosier picture of the survival rate of treated patients.

In his 1969 presentation, the professor pointed out that research continued to shift results in favor of treatment. For example, patients whose cancer was extremely advanced were routinely placed in the group not receiving treatment. This left more patients who were less seriously impacted in the treated group, resulting in a higher survival rate for that group.

Once this bias was statistically corrected, Dr. Jones found that survival rate among untreated patients were actually greater than among the patients undergoing treatment.

Dr. Jones was able to determine that survival among breast cancer sufferers was four times longer when conventional treatment was refused. Such patients typically lived an average of 12 1/2 years, compared with those undergoing treatment who lived only three years on average, leading the cancer researcher to conclude that without doubt, radical surgery did more harm to cancer patients than it did good.

Meanwhile FACT™ points out, there has been no published work refuting the evidence presented by Dr. Jones. On the contrary, his conclusions have been supported by the work of other recognized researchers. Among them was Massachusetts Institute of Technology biologist Dr. Maurice Fox who published his paper in 1979 stating that radical mastectomy did not bring about better survival rates than simple lump removal.

He also wrote that patients opting out of medical procedures actually had a lower mortality rate than those who chose to undergo treatment. Further, patients who received early diagnoses died even sooner, likely due to duration and intensity of treatment.

Even those advocating conventional treatment as the best choice for cancer patients cannot dismiss the toll such procedures take on the body. Cancer patients opting to undergo such treatment plans must cope with greater pain and suffering, often to the point where it greatly impacts quality of life.

Patients undergoing conventional treatment can expect to cope with an often horrific list of serious side effects, including cancer growth and death. For example, as a known cancer-causing agent, radiation can actually spread cancer and lead to deadly metastases. Left untreated, however, the original cancerous tumor can often slow the cancer’s spread.

The case for ‘informed’ decisions

Bringing these researchers’ conclusions to light leaves cancer patients with a more difficult decision-making process, but one that may offer renewed choices. As always, patients ought to consult with a trusted medical doctor and loved ones in formulating the decision of whether or not to undergo treatments like radiation or chemotherapy.

As with many decisions they face, cancer patients will need to review all information available to determine the best course of action. Choosing a path that includes conventional treatment should be done based on available scientifically-grounded evidence and personal preference, not out of pressure or fear that avoiding treatment will surely condemn the patient to a shorter life expectancy.

Three herbs that stop the growth of cancer cells

(NaturalHealth365) By the end of 2020, there will be 1.8 million new END_OF_DOCUMENT_TOKEN_TO_BE_REPLACED

(NaturalHealth365) The love of coffee runs deep. Let’s call it the “java END_OF_DOCUMENT_TOKEN_TO_BE_REPLACED

(NaturalHealth365)  Other than skin cancers, breast cancer is the most common type END_OF_DOCUMENT_TOKEN_TO_BE_REPLACED