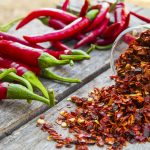 (NaturalHealth365) With coverage of the COVID-19 pandemic dominating the media for close to two years, news of developments in scientific research appears to have been somewhat eclipsed.  For example, a report from the Journal of Clinical Pharmacy and Therapeutics contained exciting findings about the ability of capsaicin in chili peppers to fight deadly diseases and reduce the odds of premature death.  One would think that the reveal of a potentially lifesaving dietary intervention would have made more of a “splash” in the mainstream scientific community … but, unfortunately, the pharmaceutical industry controls the media.

According to the U.S. Centers for Disease Control and Prevention, cancer – second only to heart disease as a cause of death – claimed close to 600,000 lives in 2019 alone, leading researchers to search for new and effective treatments.  Recent studies have raised hopes that capsaicin could be among them.

Let’s see what the research reveals.

Capsaicin in chili peppers linked to lower risk of heart disease, cancer, and death from all causes

The scientific review, which involved 570,000 people in four different countries and three different continents, was conducted by researchers at the renowned Cleveland Clinic.  The team found that people who regularly ate capsaicin-rich chili peppers enjoyed a significant 23 percent lower risk of dying from cancer.

Dietary intake of chili peppers also lowered the risk of heart disease by an eye-opening 26 percent – and was associated with a 25 percent reduction in risk of dying from any cause.  The findings appeared to startle the scientists.  “We were surprised to find that … regular consumption of chili pepper was associated with an overall risk reduction of all-cause, cardiovascular disease, and cancer mortality,” reported lead author Bo Xu, M.D., a cardiologist at Cleveland Clinic’s Heart, Vascular and Thoracic Institute.  Dr. Xu called for further research to confirm these promising preliminary findings.

While other valuable micronutrients and antioxidants in spicy chili peppers may contribute to their therapeutic benefits, most scientists believe that capsaicin holds the key.

Cause for hope: Capsaicin in chili peppers suppresses the spread and survival of cancer cells and tumors

In a 2019 review, “Application of capsaicin as a potential new therapeutic drug in human cancers,” published in the Journal of Clinical Pharmacy and Therapeutics, researchers examined the anticancer effects of capsaicin.  They reported that it acts against the proliferation of cancer cells, while also limiting angiogenesis, the growth of new blood vessels to nourish tumors.  In addition, capsaicin fights chronic inflammation, which has been closely linked to the development of cancer.

Studies have also supported capsaicin’s ability to promote the effects of chemotherapy drugs, reduce chemotherapy side effects and enhance the tolerance of patients to cancer treatment – spurring hopes that it could be developed into a new auxiliary treatment for cancer.  Because capsaicin has a short half-life in the body, scientists are currently working with capsaicin-laden nanoparticles to deliver the compound to cells more safely and effectively.

Other preliminary research has been encouraging as well.  A new test-tube study shows that capsaicin interferes with lung cancer metastasis (the ability of cancer to spread).  This is welcome news to oncological researchers – as one of the reasons lung cancer is so difficult to treat is that it moves to secondary locations such as the brain, liver, and bones.

When scientists tested capsaicin in human non-small cell lung cancer cells, they discovered that the compound stopped cancer cell invasion, the first stage of metastasis.  The team reported that capsaicin blocks a specific protein needed to regulate the proliferation survival and mobility of cancer cells.

In addition, the scientists found that mice fed a capsaicin-enriched diet displayed far lower amounts of metastatic cancer cells in their lungs (after being fed a cancer-promoting diet) than mice that had not received capsaicin.

Of course, capsaicin content – and the associated “heat”- varies from pepper to pepper.  In fact, the spiciness of peppers is measured on the Scoville scale, with sweet red peppers scoring 0 units, pepperoncini clocking in at a modest 100 units, and poblano peppers at 1,000 units.  Compare that to serrano peppers – at a zippy 10,000 units – or habaneros, which ring in at a scorching 100,000!  Meanwhile, the notorious “ghost peppers” contain a blistering one million Scoville units.

The hazards of excessive red chili pepper consumption can include painful irritation of the mouth, esophagus, stomach, and intestines – along with vomiting and diarrhea.  If you want to partake of hot chili peppers, natural health experts advise proceeding cautiously and incorporating them slowly into the diet.

In addition to capsaicin, spicy chili peppers contain high levels of antioxidant vitamin C – along with B complex vitamins, vitamin K, and vitamin A.  So – if you are not sensitive to chili peppers – go ahead and make them a part of your healthy diet.  That “heat” you feel when eating chili peppers just might be the “glow” of improved heart health, less cancer risk, and longer life

(NaturalHealth365)  Two and a half years after its onset, the COVID-19 pandemic END_OF_DOCUMENT_TOKEN_TO_BE_REPLACED