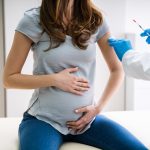 (NaturalHealth365)  With the global COVID shot (and now booster shot) rollout continuing full steam ahead, data surrounding the potential benefits and risks associated with these new jabs continue to accumulate – although the mainstream messaging appears to want the public to only look at this data with rose-colored glasses.

As The Expose recently highlighted, a growing collection of evidence reveals some concerning trends about jab-related health issues, ranging from ovarian cancer to infant death rates.

Ovarian cancer and infant death rates are rising in some parts of the world, among other fertility-related concerns

According to recent data from Public Health Scotland, the rates of ovarian cancer in 2021 are significantly higher than average rates back in 2017-2019.  Likewise, the death of newborn infants recently hit an unexpectedly high rate – high enough to be flagged as likely not due to chance.

Many possible theories could explain these trends, of course.  But willfully ignoring the possible link between COVID shots and these adverse maternal and prenatal outcomes is irresponsible.

For one reason:  there is an association between COVID shots and menstrual irregularities.  This association is poorly understood and actively being investigated.  As it is, more than 40,000 menstrual disorders have been reported as adverse reactions to COVID shots to the UK’s Medicines and Healthcare products Regulatory Agency Yellow Card program (similar to the United States VAERS program).

There is also evidence from Japanese research that the mRNA jab material accumulates in organs, including the ovaries.

In addition, there is scientific plausibility (albeit no conclusive proof) that COVID shots could trigger an immune reaction against not only the SARS-CoV-2 spike protein but also a protein in the body called syncytin-1 that is normally involved in placenta development, as explained by former Pfizer vice president Dr. Mike Yeadon.

Could this help explain why some real-world data allegedly suggests that the rates of miscarriage in pregnant women who get the COVID jab may be as high as 80 percent?

As The Expose explains, an April 2021 study published in the New England Journal of Medicine, entitled “Preliminary Findings of mRNA Covid-19 Vaccine Safety in Pregnant Persons”, claimed that the rate of miscarriage in pregnant women who received the mRNA jabs during the study was just under 13% (104 out of 827 participants), which is comparable to baseline national average rates of miscarriage.

However, the study reveals that the VAST MAJORITY (700 of the 827) of participants received their first mRNA dose in the third trimester.  This is a fundamental distinction because miscarriage is defined clinically as a pregnancy loss occurring BEFORE 20 weeks gestation.

Let’s think about it:

So, instead of comparing miscarriage incidence to the entire group of women – most of whom didn’t get their COVID shot until the third trimester and therefore would be UNABLE to have a miscarriage by definition – the researchers should have compared miscarriage incidence to the women who received their shots in the first or second trimester.  If they were to do so, they would have found that 104 out of 127 injected women who COULD have miscarried DID miscarry – resulting in a shocking post-jab miscarriage rate of 82%.

And yet, the study is touted as “proof” that getting a COVID shot during pregnancy does not lead to miscarriage rates above the national average.  How is it that researchers can explain away this incredibly misleading data?

(NaturalHealth365)  One of the big talking points of mainstream media, MD influencers, END_OF_DOCUMENT_TOKEN_TO_BE_REPLACED

(NaturalHealth365)  Are we surprised at this point?  Breaking news from the U.S. END_OF_DOCUMENT_TOKEN_TO_BE_REPLACED

(NaturalHealth365)  Statin use is at an all-time high in the United States, END_OF_DOCUMENT_TOKEN_TO_BE_REPLACED

(NaturalHealth365)  Social isolation, “the absence or near absence of social connections or END_OF_DOCUMENT_TOKEN_TO_BE_REPLACED