SHOCKING: CDC has been lying to the public about COVID jab safety 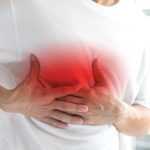 (NaturalHealth365)  One major criticism throughout the pandemic has been a lack of transparent discussions and open scientific debate surrounding the jab and other related issues, which has led to a dramatic decline in trust in public health officials.

Compounding the problem is evidence suggesting that the U.S. Centers for Disease Control and Prevention (CDC) is not being forthright regarding COVID shot safety data.

CDC: Underreporting of adverse effects from jab is a significant issue

The U.S. Food and Drug Administration (FDA) recently gave the okay for booster COVID shots for the Moderna and Johnson & Johnson jabs.  Officials also suggest that mix-and-matching these jabs are “fine.”

Meanwhile, the true safety of these drugs remains in question.  Traditionally, officials have relied on the Vaccine Adverse Event Reporting System (VAERS) to watch for safety signals and potential issues surrounding immunizations available in the United States.  However, since the mass COVID shot rollout, there has been a tremendous spike in reports of adverse events to VAERS.

While reports to VAERS do not definitively prove causation (that a jab directly caused an adverse event such as a stroke, heart attack, heart inflammation, pulmonary embolism, miscarriage, or death), it IS necessary for triggering further investigations by officials to help clarify whether these shots are safe now that millions and millions of people are receiving them.

However, the CDC and FDA have recently been caught trying to explain away the steep rise in VAERS reporting, stating that the propensity to report is greater this year due to the unprecedented nature of the pandemic.

The problem is, the CDC themselves acknowledge that reporting to VAERS is woefully insufficient.

In the November 2020 issue of the peer-reviewed journal Vaccine, a team of authors from the Immunization Safety Office of the CDC published a paper called “The reporting sensitivity of the Vaccine Adverse Event Reporting System (VAERS) for anaphylaxis and for Guillain-Barré syndrome.”

In it, they explain a troubling phenomenon known as the under-reporting factor or URF.  The CDC authors suggest that lack of adequate reporting to VAERS is so common that most serious adverse events related to jabs have historically been under-reported by a factor of 8.3.

With this in mind, the authors suggest that if the current reporting rate of a serious adverse event following a COVID shot is up to 8.3 times higher than previous reporting rates, this could be effectively dismissed as a safety signal, using the argument that the recent pandemic has triggered a higher propensity to report conditions that have a natural background rate (in other words, people are reporting adverse events because of the heightened media attention, even though these adverse events happen in the general population at a certain rate anyway).

Many adverse events captured in VAERS are occurring at rates much greater than 8.3 times the rates from previous reporting years.

In an article published to Trial Site News, author Steve Kirsch cites the condition pulmonary embolism (blood clot in the lung) as an example of how the CDC and FDA are not honest about the significance of VAERS reporting data.

He states that the average annual number of pulmonary embolism reports found in VAERS is a mere 1.4.  This is for ALL jabs, mind you.  Based on the “best-case” scenario of up to 8.3 times higher rates reported, we would expect to see no more than 11.6 pulmonary embolisms reported to VAERS.

However, there are currently over 1,130 reports of pulmonary embolism following the COVID shots ALONE.

Jab proponents are so quick to dismiss VAERS reporting, yet this is our country’s official passive surveillance system of injections.  If the government agencies who are supposed to be taking these reports seriously simply AREN’T, how can the public regain trust?

(NaturalHealth365)  According to the American Cancer Society, “There is no information that END_OF_DOCUMENT_TOKEN_TO_BE_REPLACED