BOMBSHELL NEW Study: Cell phones threaten the brain, yet the “experts” continue to call it a conspiracy theory 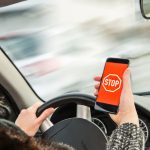 (NaturalHealth365) The telecommunications industry would love us to believe that the link between cell phones and cancer isn’t conclusive.  But, science is certainly giving us a good reason to be very concerned.

Making it even more confusing for the general public: The U.S. Food and Drug Administration (FDA) plus other organizations are all quick to reassure the public that the use of cell phone devices isn’t harmful and not one of the many causes of cancer.

But, a recently updated meta-analysis adds to the growing pile of data that says otherwise.  In fact, many rational people suggest that policymakers should utilize the precautionary principle – when it comes to regulating wireless devices.

On November 2, 2020, the International Journal of Environmental Research and Public Health published an open-access article called “Cellular Phone Use and Risk of Tumors: Systematic Review and Meta-Analysis.”  In it, the authors analyzed data from 46 case-control studies that looked at the relationship between cell phones and cancer. The study is an update to an earlier meta-analysis published in 2009 in the Journal of Clinical Oncology.

The new meta-analysis revealed “significant evidence linking cellular phone use to increased tumor risk, especially among cell phone users with cumulative cell phone use of 1,000 or more hours in their lifetime.”  In fact, people who logged this much cell phone use had a 60 percent increased risk of developing brain tumors.

1,000 or more hours is roughly equivalent to 17 minutes per day over a 10 year period.  Why the concerning connection?

The researchers acknowledge that additional higher-quality studies are warranted to confirm their findings and provide stronger levels of evidence.  But they also point to a current challenge for understanding the link between cell phone and cancer risk – namely, that many of the current studies investigating the association are lower-quality.

For example, the reviewers cited a group of studies known as INTERPHONE which allegedly showed that cell phone use was associated with reduced tumor risk.  However, these INTERPHONE studies “were partly funded by the mobile industry, had poor methodological quality … and did not use blinding at interview,” all of which constitute significant limitations that must be considered when interpreting their results.

This meta-analysis is not alone in its findings. Both Mayo Clinic and the National Cancer Institute cite studies showing a link between heavy cell phone use and an increased incidence of gliomas and salivary gland cancers.

According to the American Cancer Society, radiofrequency radiation is rated “possibly carcinogenic to humans” by the International Agency for Research on Cancer (IARC).  American Cancer Society adds that health problems caused by wireless headphones also cannot be ruled out at this time, although these devices generally emit far lower radiofrequency energy than cell phones themselves.

Worried about your exposure to wireless radiation?  Here are 4 simple tips to reduce your risk of exposure

While the Federal Communications Commission (FCC) doesn’t “endorse” these following prevention steps, they do offer them to anyone who is skeptical or concerned about the impact of the use of cell phone devices on their health. Effective and simple, the tips include:

(NaturalHealth365)  More than 90 percent of American adults own a cell phone, END_OF_DOCUMENT_TOKEN_TO_BE_REPLACED

(NaturalHealth365)  For years, doctors have claimed that an annual mammogram is the END_OF_DOCUMENT_TOKEN_TO_BE_REPLACED

(NaturalHealth365)  You see it everywhere.  People walking around, heads down, staring at END_OF_DOCUMENT_TOKEN_TO_BE_REPLACED