Sickening food POISON: Chlorpyrifos linked to brain damage, yet the EPA is ignoring the science 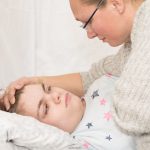 (NaturalHealth365) There’s a good chance you’ve never heard of the pesticide chlorpyrifos.  And that’s because, compared to headline-grabbing toxins like dicambia or glyphosate, it’s flown under the radar for decades!

But, believe it or not, The Dow Chemical Company introduced chlorpyrifos to homes and farm fields in 1965.  And, in recent years, it has been linked to: low IQ, developmental and cognitive problems, plus brain damage in children.

So, the really big question is: why isn’t the U.S. Environmental Protection Agency (EPA) doing anything to protect us?!  The answer may surprise you.

In January 2020, the European Food Safety Authority banned sales of chlorpyrifos as years of research indicated that there’s no “safe” level of exposure.  In the United States, some individual states – including California and Hawaii – have banned its use on farm lands.  Several other states – including Massachusetts, New York, Vermont, and Oregon – have sued the EPA for not enacting a nationwide ban.

But, as you might suspect, The Dow Chemical Company lobbying efforts have “persuaded” the EPA that the toxic and potentially deadly chemical could still be used in U.S. food production.  This is a terrible example of corporate greed over the need for public safety.

The above statement is the EPA’s risk assessments of chlorpyrifos, and it’s a tragedy and public health hazard that the EPA would side with corporations instead of childrens’ health.  Chlorpyrifos was designed to kill insects on crop staples such as corn, wheat, soybeans, apples and citrus, and it has been sprayed on U.S. farmlands for over a century.

The effects of the insecticide on humans and animals has been studied since the 1970s.  In other words, there’s nothing that remains “unresolved” about the chemical’s toxic effect on the neurological development of children.

Prenatal exposures to chlorpyrifos has been linked to lower birth weight, loss of working memory, attention disorders, impulsive behavior, and delayed motor development. According to the American Academy of Pediatrics, “the continued use of chlorpyrifos puts developing fetuses, infants, children and pregnant women at great risk.”

How are we exposed to chlorpyrifos?  The residues on food, drinking water contamination, and toxic spray drift from pesticide applications are the main culprits. In fact, USDA’s Pesticide Data Program found chlorpyrifos residue on citrus and melons even after being washed and peeled.

When is enough data enough to enact policy?  When will public health outweigh corporate profit? As a nation, these are the questions we continue to ask only to be met with silence.

In the short-term, the best thing you can do to protect your family and minimize exposure to pesticides is to buy organic.  Support small, local (organic) farms.

Be aware and know where your food is coming from.  Remember, “an apple a day” won’t keep the doctor away if it’s covered with chlorpyrifos.

(NaturalHealth365)  The Wall Street Journal (WSJ), an organization that reports the news, END_OF_DOCUMENT_TOKEN_TO_BE_REPLACED