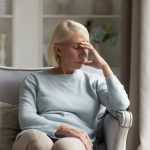 (NaturalHealth365) When it comes to nutrition, we’ve only learned how powerful coenzyme Q10 (CoQ10) can be within the past few decades. This antioxidant plays a significant part in your body’s energy levels, and as you grow older, the body produces less CoQ10 – which means you need to get more of this essential nutrient from food or supplementation.

We’ve continued to learn more about the power of CoQ10, and a new study discovered that supplementing with the nutrient significantly improves mild, daily fatigue in otherwise “healthy” adults.  Published in the Nutrients journal, the study looked at both ubiquinone and ubiquinol forms of CoQ10, and while both resulted in improvement in fatigue levels, ubiquinol offered additional benefits.

At the beginning of the study, subjective fatigue questionnaires were administered and the serum ubiquinol levels of each participant was taken. Biological oxidation and autonomic nerve function assessments were also done to evaluate the objective fatigue of participants. These were repeated every four weeks throughout this study.

In additional, individuals receiving the ubiquinol form of CoQ10 also saw improvements in their subjective relaxation after completing cognitive tasks, greater task motivation, improved serum oxidative stress levels, and the amount of sleepiness they experienced after tasks. Researchers believe that ubiquinol improves quality of life in individuals dealing with mild fatigue by reducing sleepiness and fatigue after performing cognitive tasks, while also reducing oxidative stress and offering a relaxing effect.

While this new study highlights the ability of CoQ10 to reduce fatigue, supplementing with CoQ10 offers many other dramatic health benefits, too. Additional health benefits of CoQ10 include:

To get more CoQ10 in your diet, great natural food sources include sardines, beef liver, broccoli, grass-fed beef, mackerel and chicken.  However, many people don’t get the CoQ10 they need from their diet, which is where a powerful ubiquinol supplement can be beneficial.

Talk to your doctor, especially if you’re taking a statin drug (which lowers CoQ10 levels in the body) and see what’s best for you.