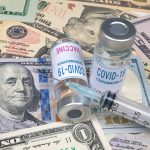 (NaturalHealth365)  Not too long ago, when the media first began talking about new COVID shots from Big Pharma companies Pfizer and Moderna, experts and everyday people – all of whom were swiftly labeled “conspiracy theorists” – warned that these hastily made mRNA jabs would almost certainly give way to vax mandates and an endlessly increasing, vice grip-like control over individuals’ bodily autonomy.  One dose or even two doses would never be enough – Pharma and government officials would demand that people take three or more doses to function in society and put food on their families’ tables.

Now, a recent move from the U.S. Food and Drug Administration (FDA) seems to perfectly exemplify this concerning prediction.  The decision is sure to boost Pfizer’s and Moderna’s profits, paid for with taxpayer money.  But will these shots actually “boost” Americans’ health?

Did the U.S. government just set a precedent for unending COVID shot boosters?

On June 29, 2022, President Biden’s Administration announced a $3.2 billion deal to “secure 105 million doses of Pfizer’s latest COVID-19 vaccine for [a] fall vaccination campaign.”  The deal came with an option to buy up to 300 million doses.

The very next day after this deal was made, the FDA came out and said that these fall booster shots would need to be modified to target specific variants of the SARS-CoV-2 virus, Omicron subvariants BA.4 and BA.5.

So, in addition to using taxpayer money to purchase billions of dollars worth of shots from these companies, the government is now telling these companies to make new versions of the shots – effectively reinforcing that whatever COVID shots people already got earlier in the pandemic are useless and likely won’t “count” toward future vax mandates.

Is this what we can expect to see every fall from now on, just like flu shots?

Dr. David Gortler is a pharmacologist and FDA reform advocate at the Ethics and Public Policy Center in Washington, D.C.  In an email to Children’s Health Defense, he writes, “Nobody is taking the booster shots, and the White House just keeps ordering them and ordering them from Pfizer,” adding that “Pfizer is on track to make $50 billion off vaccines in 2022 alone and the government keeps on ordering.”

Notably, no human clinical trials to date have tested modified COVID shots with Omicron subvariants, according to Children’s Health Defense (although Pfizer and Moderna will reportedly begin such trials shortly).

In a Twitter post, Children’s Health Defense founder Robert F. Kennedy, Jr. stated that the White House “has dropped all pretenses that this is about protecting public health,” calling the move an “unsheathed corporate welfare project to further enrich the shareholders of the most profitable industry in history.”

Pay attention: You can never be “fully vaxxed” against COVID-19

You’ll remember at the beginning of the vax rollout how people would brag about being “fully vaxxed” and how government officials would say that “fully vaxxed” individuals were doing their part to protect themselves and each other … notice how quickly this argument fell apart, for a few reasons.

For one thing, we now know that these COVID shots do NOT stop transmission of SARS-CoV-2 and that vaxxed individuals infected with the virus are as infectious as vax-free individuals who are infected (and building natural immunity).  The idea that getting jabbed will prevent the spread of SARS-CoV-2 is simply not grounded in reality.

For another thing, and according to the U.S. government, there is no such thing as “fully vaxxed” anymore.

On its website, the Centers for Disease Control and Prevention (CDC) does not refer to people as fully vaxxed but instead says that people should “stay up to date with the recommended vaccines.”  They use the term “up to date” to describe anyone who has received “all doses [of the COVID shots] in the primary series and all boosters recommended for you, when eligible.”

This might seem like a subtle change in terminology, but the implication is significant: anyone who agrees to get a vax is effectively agreeing to get as many doses of it as deemed necessary by the government.

This also means that as soon as someone decides to decline any further shot, they too must suffer the consequences that the government has gotten away with, such as banning you from travel, access to public spaces, and even employment.

Having to perpetually consume drugs to participate in society is not ethical, yet many will argue that this is precisely the groundwork laid for the American public.  Give the government an inch, and they will take miles.

(NaturalHealth365)  According to the American Cancer Society, “There is no information that END_OF_DOCUMENT_TOKEN_TO_BE_REPLACED