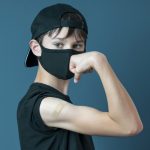 (NaturalHealth365)  On July 8, 2022, Big Pharma company Pfizer proudly announced that their highly profitable gene-based COVID shot received the stamp of approval from the U.S. Food and Drug Administration (FDA) for 12- to 15-year-old kids and teens.

There is no hiding at least two facts when it comes to these mRNA COVID shots:

The company – whose history is rife with criminal activity, including bribing of doctors and unethical and dishonest clinical trial practices – stated that their COVID shot, called COMIRNATY®, “is the first and only COVID-19 vaccine to be granted FDA approval for adolescents 12 years and older, following emergency use authorization in May 2021.”

The move is certainly not without criticism.  Children’s Health Defense president Mary Holland was quoted as saying that the FDA “failed to convene an expert committee and failed to appropriately weigh the risk-benefit profile of this vaccine for this age group.  Even Vaccine cheerleader Dr. Paul Offit acknowledged FDA decisions are being made based on political pressure, not science when, in commenting on the agency’s vote last week to allow reformulated booster shots, he said it felt like ‘the fix was in.’”

Pfizer itself says that this decision was largely based on data showing that the COVID shots provoked a strong immune response and high antibody levels in adolescents “one month after the second dose.”  Notice how easily Pfizer (and the FDA) ignore the fact that this immune response wanes incredibly quickly not long after a month out in virtually all other age groups.

They also ignore the fact that just because a drug provokes a strong immune response does not necessarily mean there’s any clinical significance to such an observation – in other words, having high levels of antibodies doesn’t necessarily prove that a person is any more protected against COVID-19 than they would have been without the shot.  Even members of the FDA’s Vaccine and Related Biological Products Advisory Committee (VRBPAC) have acknowledged this oversight.

And to think that “public health” officials want to expose American adolescents to such uncertainties and grey areas?

Aside from relying on questionable interpretations of clinical data, both Pfizer and FDA have made several other unusual moves in their quest to approve these shots for younger and younger kids.  Among these moves:

Like many, Holland believes this lightning-quick FDA approval “is a move by Pharma to ensure liability protection.”  It’s a nod to the fact that Pfizer can’t be sued for damages caused by its COVID-19 shots if the shots become a part of the childhood vaccine schedule recommended by the U.S. Centers for Disease Control and Prevention (CDC), as stipulated by the National Childhood Vaccine Injury Act of 1986.

We are reluctant to see how long it will take the FDA and its Big Pharma Buddies to fully approve these gene-based shots for kids under 12.  But, at this point, it really just seems like a matter of time, regardless of what the safety data indicates.

(NaturalHealth365)  The Wall Street Journal (WSJ), an organization that reports the news, END_OF_DOCUMENT_TOKEN_TO_BE_REPLACED