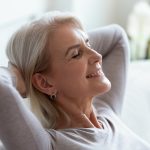 (NaturalHealth365) For the 16 million Americans who currently suffer from chronic obstructive pulmonary disease (COPD), addressing the condition really can be a “matter of life and breathe.”

COPD, which causes airflow from the lungs to be blocked, is characterized by difficulty breathing, persistent cough, wheezing and excess mucus production. Currently the third leading cause of death in the nation, COPD also heightens the risk of developing respiratory infections and pneumonia.

While there is no (conventional) cure for COPD, Western medicine attempts to “manage” symptoms with inhalers and steroid medications.  These, however, can cause serious side effects. The good news: peer-reviewed research suggests that a variety of natural substances can help alleviate symptoms by promoting the self-healing response within the body.

With immune-boosting and disease-fighting effects, vitamin D is vital for respiratory health.

Now, a new study published in the medical journal Thorax shows that people with COPD were able to reduce their symptoms by taking regular amounts of vitamin D – and that the nutrient safely and substantially reduced flare-ups.

“It (vitamin D) also dampens down harmful inflammatory responses, thereby accelerating recovery and potentially limiting damage to the architecture of the lung,” declared study leader Adrian Martineau, Ph.D., a clinical professor of respiratory infection and immunity at the University of London.

Important to note: the study showed that vitamin D benefited people who were deficient in vitamin D, with levels under 25 nmol/L.  Experts say that a disturbing 25 percent of people with COPD fall into the “deficient” category.

Be advised – for maximum benefit, many natural health experts advise blood levels of vitamin D of 50 to 80 ng/ml.

N-acetyl cysteine, which is a supplemented form of the amino acid cysteine, has expectorant effects – meaning it can help to thin mucus and make coughs more productive.

Another of NAC’s therapeutic “superpowers” is its ability to boost levels of glutathione, the body’s most important antioxidant – thereby reducing oxidative stress in the lungs.

Research supports the ability of NAC to benefit COPD.  In one Israeli study, 1,200 mg of NAC a day substantially improved lung function for COPD patients.

And, in one analysis published in European Respiratory Review, the authors noted that patients treated with NAC experienced significant reductions in exacerbations (“flareups”) of chronic bronchitis and COPD.

Integrative doctors typically recommend NAC amounts of between 600 and 1,200 mg a day.

For centuries, herbalists have advised ginseng root to treat a variety of ills.  Now, scientists are confirming that ginseng has highly antioxidant, anti-inflammatory and antiviral properties – reinforcing its position as one of the best natural supplements for COPD.

In a review published in Complementary Therapies in Medicine, scientists concluded that ginsenosides – active constituents in Asian ginseng – can discourage the development of COPD.

Additional reviews have supported the ability of Asian ginseng to improve respiratory endurance and lung function in COPD patients. Specifically, this versatile herb was shown to improve FEV1 (forced expiratory volume in one second) – an important measurement of respiratory function.

Yet another study showed that taking ginseng with antibiotics resulted in lower bacterial counts for 75 patients – when compared to those who had not taken ginseng.

Natural healers may advise around 1,000 mg a day.

The proven power of eucalyptus oil

While not a supplement per se, eucalyptus oil is a time-honored remedy for pulmonary conditions.  In fact, it is the active ingredient in many commercial preparations to treat coughs and colds.

Packed with antioxidant flavonoids and anti-inflammatory tannins, eucalyptus oil has decongestant and expectorant effects, allowing it to promote free breathing and more productive coughs.  It also has potent antibacterial properties, with clinical research supporting its ability to act against disease-causing bacteria in the respiratory tract.

As if that weren’t enough to make eucalyptus oil a valuable weapon against COPD, it also boosts the immune system.

Eucalyptus oil is not to be taken internally, but inhaled via a diffuser or humidifier. It can also be applied topically to the skin, when diluted in a ratio of 5 drops per ounce of carrier oil.

Support your lung health with antioxidants

Immune-boosting, antimicrobial and strongly antioxidant, vitamin C (ascorbic acid) is a “natural” when it comes to alleviating COPD.  In fact, proponents of this essential micronutrient maintain that it acts like a steroid, or membrane stabilizer, without the ill effects of actual steroids.

In several studies, supplementation with high amounts of vitamin C helped to relieve symptoms, prevent COPD flareups and improve pulmonary function.  And, when it comes to warding off COPD, maintaining healthy levels of vitamin C can really pay off.

One influential Korean study involving 3,283 participants showed that those in the group with the highest dietary vitamin C intake were 76 percent less likely to develop COPD than those in the lowest.

You can increase your vitamin C intake by eating strawberries, kiwi fruit, dark leafy greens and citrus fruits.  But, depending on your health status, natural healers may suggest vitamin C supplementation by taking anywhere from 1,000 to 10,000 mg (or more) per day to correct deficiencies.

As with all the interventions listed above, check first with your integrative doctor before trying any natural supplements for COPD.  Other natural steps you can take to combat COPD include improving your indoor air quality with a good air purifier – while avoiding exposure to smoke, environmental toxins, and harsh chemical cleaners.

At times, COPD can be a frustrating, draining and debilitating condition.  But, hopefully – with the help of the natural substances suggested in this article, you’ll be able to improve lung function and breath easier.

BOMBSHELL NEW Study: Slash the risk of coronary artery disease by HALF with one SIMPLE act