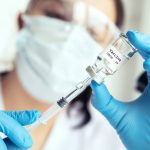 (NaturalHealth365)  And there it was on live T.V. for everyone in the world to see.  On September 9, 2021, Joe Biden announced the forced inoculation of millions of Americans under the threat of imminent unemployment, poverty, and starvation.  Members of the military, the federal government, the healthcare industry, and millions working in the private sector are now forced up against the wall: get jabbed or robbed of your livelihood.

This unprecedented tyrannical move by the Biden administration may have come as a rude awakening to some, while others, who have been trying to warn the sleeping masses – frequently labeled as conspiracy theorists – just got vindicated.  Regardless, the announcement triggered a massive public outcry.

Millions recognize that these mandates have nothing to do with public health and everything to do with a dictatorial government’s power grab that aims to cancel the United States Constitution and rob its citizens of their fundamental rights to usher in authoritarianism in real-time.

In his speech, Biden made it clear to Americans that he intended to use his “presidential” powers to ensure everyone complied with his mandate to forcibly take the experimental shot.  Note how far we have come from the initial tactics deployed by government agencies to bribe and coerce people into taking the jab to now openly forcing people to roll up their sleeves – or else.

Biden’s 6-prong plan undoubtedly and openly targets the unjabbed, falsely blaming one segment of society and pinning it against another.  But if you think about it, the administration’s attitude toward the unjabbed is not a surprise.  With the help of the mainstream media and Big Tech propaganda machine, they have worked tirelessly to make the unjabbed their scapegoat.

Even though neither science nor common sense supports the implementation of COVID passport systems and the forced injection of millions of Americans, the push for more restrictions on people who have chosen not to take the shot continues.  Calls to prevent the unjabbed from fully participating in society and to ban them from flying have been making headlines over the past couple of months.

According to Biden’s mandate, employers with one hundred employees or more must mandate the shot to their employees or require them to undergo weekly testing.  The administration threatened companies in defiance of this mandate with fines of up to $14,000 per violation.

How is the Biden admin planning to enforce this draconian requirement?  Cleverly, they are looking to rely on the Occupational Safety and Health Administration [OSHA] to crack down on companies that wish to take a stand against the mandate.

Enacting OSHA to do the dirty work for the administration is nothing more than legal maneuvering.  Not surprisingly, OSHA has a long history of unlawful conduct.  For example, think of its most recent decision to refuse to enforce its own rules requiring employers that mandate the COVID injections to record the side effects.

Although it is unclear when the enforcement will begin, it is undoubtedly highly concerning to about 80 million Americans whose livelihood is at stake.

Besides millions in the private sector, federal employees and contractors are now also forced to take the jab.  In his executive order, Biden removed the option for weekly testing for the unjabbed as previously promised.  Additionally, seventeen million healthcare workers are also affected.

Interestingly, certain groups are exempt from the new mandate.  For example, White House Staff and illegal aliens are not required to comply with the new requirements. Neither are:

Thankfully, not all American lawmakers are going along with the Biden admin’s agenda, with some of them encouraging companies to openly revolt against it.  “I encourage America’s job creators – large and small – to challenge this insane ‘order.'”  Republican Florida Sen. Rick Scott tweeted. 27 Republican governors also plan to fight against the power grab.

The game is not over.  Although similar mandates and examples of government overreach will likely continue, it is too early to lose hope.  It is quite possible that the proposed jab mandate – that puts millions of hard-working Americans in an incredibly challenging situation – will be found unconstitutional in the court of law.

But to end the tyranny, it is critical that you do your part and let your voice be heard.  Be silent no more.

COVID bioweapon was made in China, financed by U.S. researchers, Pentagon documents reveal

(NaturalHealth365)  The origin story of the novel coronavirus, SARS-CoV-2, has been uncertain END_OF_DOCUMENT_TOKEN_TO_BE_REPLACED