There is NO case for COVID passports, according to Harvard epidemiologist 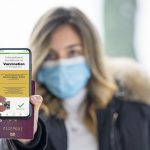 (NaturalHealth365) Mandate after mandate continues to roll out, as local and state governments force people to choose between getting a COVID injection (or two … or three, so far) or face the loss of mobility within a free society.

Setting aside the long list of adverse reactions that these COVID shots may lead to, there are other reasons why coercive jabs or conciliatory mandatory weekly testing are highly questionable – just look at the growing evidence on natural immunity, experts say.

His claim that jabbed folks have a “27 times higher risk” of symptomatic COVID-19 appears misleading.  The study he references, “Comparing SARS-CoV-2 natural immunity to vaccine-induced immunity: reinfections versus breakthrough infections,” actually states that fully jabbed folks had a 13-fold increased risk of infection with Delta variant compared to unjabbed people who were previously infected with COVID-19.

This study, which is yet to be peer-reviewed (among other possible limitations), concludes: “natural immunity confers longer-lasting and stronger protection against infection, symptomatic disease and hospitalization caused by the Delta variant of SARS-CoV-2, compared to the BNT162b2 two-dose vaccine-induced immunity” (emphasis ours).

At least a dozen other studies – including a July study found in Cell Reports Medicine and another published in May in Nature – echo the Israeli study findings: that natural immunity is equally if not more protective against COVID-19 than the jabs.

A major implication, says Kulldorff, is that only allowing jabbed people to participate in society is “scientific nonsense … discriminatory and unethical.”  After all: if injected people can get and are getting infected – and may even be more likely to get infected than people who recovered from a prior SARS-CoV-2 infection – then why are officials and employers only requiring unjabbed people to get routinely tested or stay out of public spaces?

We do not suggest that people should “try” to get COVID-19 just so they can have natural immunity.  We do suggest that people be allowed to question the widespread push for COVID injection mandates when a growing body of evidence casts doubt on the effectiveness, safety, and longevity of these shots.

Thousands of people around the world protesting jab passports, government surveillance, but mainstream media will pigeonhole them all as “anti-vax”

Meanwhile, the encroachment on personal rights continues to grow in many parts of the world.  In South Australia, officials are now trialing a Big Brother-like app that uses facial recognition and location verification technology to make sure people who are forced into quarantine are following government orders and staying put.

Of course, opponents to such measures are often dismissed as “anti-vax,” a term that the media routinely uses in a derogatory, divisive, and disarming way.  The goal: to pigeonhole anyone who has questions about the COVID shot (and associated mandates) as someone who is anti-science, selfish, and uneducated.  The “anti-vax” label is also frequently tied to right-wing politics.

But what worldwide protests suggest is that people who are concerned about COVID shots, and/or are opposed to medical segregation, are not a homogenous group – not in terms of political beliefs or otherwise.

Indeed: hundreds of thousands of people – including business owners and people who are fully jabbed – continue to protest COVID injection passports and mandates throughout the world, including in places like France, London, Australia, California, and New York City.

(NaturalHealth365)  Truth always comes to light.  It has been common knowledge – END_OF_DOCUMENT_TOKEN_TO_BE_REPLACED

(NaturalHealth365)  Is the COVID shot necessary for kids?  We know most people END_OF_DOCUMENT_TOKEN_TO_BE_REPLACED