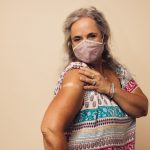 (NaturalHealth365)  In what critics call an egregious display of tyrannical power, the United States president has officially called for a massive jab mandate for millions of Americans, and admitted that the debate over whether to get a COVID shot is “not about freedom or personal choice.”

There are numerous criticisms to this concerning statement, not least of which is the possibility that the Pfizer or Moderna injection may lead to worsening infections due to a well-documented phenomenon known as antibody-dependent enhancement (ADE).  It’s a concern that many in the medical community share – including an internationally recognized virologist.

What do you think?  Nobel Prize-winning virologist warns jab recipients doomed to suffer from ADE

Luc Montagnier is a French virologist who, along with his colleagues, was awarded the 2008 Nobel Prize in Physiology or Medicine for the discovery of the human immunodeficiency virus (HIV).

Recently, in a widely circulated and largely debunked news story, Montagnier allegedly said in an interview that there is “no hope and no possible treatment for those who have been vaccinated already.  We must be prepared to incinerate the bodies … They will all die from antibody-dependent enhancement.  Nothing more can be said.”

Antibody-dependent enhancement, or ADE, occurs when people who become reinfected with a slightly different version of a virus after developing antibodies to the initial virus experience more severe reactions to the virus.

It’s not proven that Montagnier actually made these claims.  But the world-renowned virologist is on record stating he believes the coronavirus was created in a lab – a suspicion that is gaining credibility, even among mainstream news outlets.

Media claims there is no real-world evidence for ADE related to COVID shot – but is the science settled?

Regarding ADE, the mainstream media repeatedly claims that there’s no evidence this is happening with the COVID shot.

The absence of evidence, however, does not necessarily mean evidence of absence, and it is a logical fallacy to claim otherwise.  Plus, there is plenty of evidence for ADE related to similar viruses, experts say, and this means the possibility of ADE should not be so easily dismissed.

For example, in a February 2021 article published in Frontiers in Immunology, Massachusetts Institute of Technology (MIT) researcher Darrell Ricke points to the plausibility of ADE when he notes that the “[d]evelopment of vaccines to severe acute respiratory syndrome (SARS), Middle East Respiratory Syndrome coronavirus (MERS-CoV), and other coronavirus has been difficult to create due to vaccine-induced enhanced disease responses in animal models.”

A September 2020 paper published in Nature echos these sentiments, claiming that “human immunization strategies for SARS-CoV-2 that elicit high neutralizing antibody titers have a high chance of success with minimal risk of ADE,” but that the ADE observed, “in SARS, MERS and other human respiratory virus infections including RSV and measles … suggests a real risk of ADE for SARS-CoV-2 vaccines and antibody-based interventions.”

Setting aside the ethical implications of animal research, one might argue there is enough plausible data to warrant ongoing investigation into the possible link between the COVID shot and ADE in humans.  Yet the mainstream media simply “fact checks” away the possibility, stating there is no evidence that the concerning phenomenon is occurring during the jab rollout.

Again, this is a rollout of a medical product still undergoing clinical trials and absent of any long-term safety data.  Safety has not been guaranteed, and drug side effects are unavoidable.  With these unknowns in mind, do you think people should be coerced into getting the injection and complying with a federal jab mandate, something the White House and the CDC once claimed would never happen?

(NaturalHealth365)  The telecommunications industry has rolled out 5G connectivity quite inconspicuously.  The END_OF_DOCUMENT_TOKEN_TO_BE_REPLACED