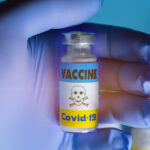 (NaturalHealth365)  Big Pharma is still unashamedly rolling out one Covid shot after another, insisting new boosters are effective against the seemingly endless coronavirus variants that arise every couple of months.  However, evidence is mounting to show that COVID injections have a terrible effect on the immune system.

Internal documents from Pfizer and the federal government reveal COVID shots compromise the human immune system, causing a spike in stillbirths, infertility, cancer, and even death.  Sift through these documents, and you’ll find hundreds of thousands have been killed due to being deceived by Big Pharma and elected officials.

We’ve been lied to: COVID shots were NEVER “safe or effective”

Though the federal government might never admit it, public officials lied to taxpayers about the efficacy and safety of coronavirus injections.  Making matters worse, Big Pharma compounded the lie.

Half-truths, lies, and propaganda were used to deceive the public into performing a test run of latent authoritarian social control measures.  The bottom line is federal and state governments worked in unison with Big Pharma to force an unproven gene therapy onto the masses in the form of a supposedly safe coronavirus injection.  Dubbed “Operation Warp Speed,” the gene therapy project was even touted as completely safe for pregnant women.

The truth about the COVID shots is now being revealed several years after the mass injection program began.  Though it is disturbing to ponder, the truth is that the mainstream media‘s talking heads served as the vanguard of the injection program, satisfying the public’s legitimate concerns yet ultimately ruining millions of lives in the process.

Those unfortunate enough to succumb to the groupthink pushed by the mainstream media and politicians will spend the remainder of their life in fear, worrying about potential side effects from their participation in the injection program.  Internal documents from Pfizer and the federal government make it clear that coronavirus shots compromise the immune system, heightening the risk of death and prematurely ending the lives of hundreds of thousands of individuals every single week.

The documents in question also shed light on the fact that the coronavirus injections allegedly increase cancer risk, the risk of stillbirth, and even infertility.

Why COVID shots are inherently dangerous

Since the global rollout of COVID injections, deaths had increased in Europe and elsewhere more than in any previous years across the past half-decade, including the year 2020, when governments across the globe enforced draconian lockdowns in a supposed attempt to stop the spread of the “virus.” 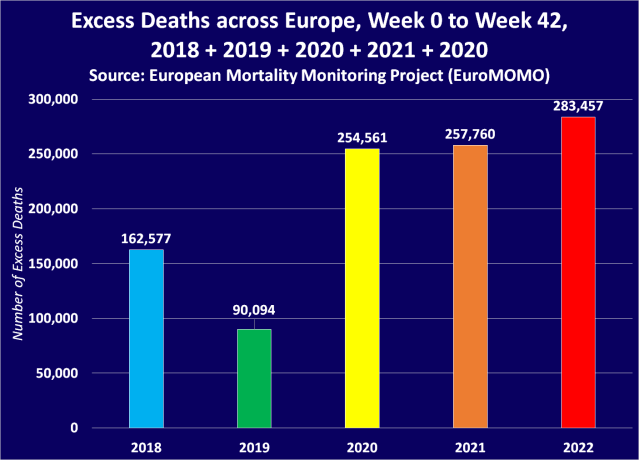 The COVID vax was marketed as a modern miracle of science and faith.  However, as evidenced by the chart above, it is abundantly clear that the vax is anything but a Godsend or pinnacle of scientific achievement.  The number of excess deaths increased in the years after the rollout, indicating such forced injections were a setback rather than an advancement for the collective interest.

What is your key takeaway from the spike in excess deaths and health problems after the vax rollout?  What can humanity do to counter that unholy alliance of Big Pharma with federal and state governments attempting to gradually eliminate individual sovereignty?  These are important questions to have answered.

But, we must all make informed decisions about our healthcare and have the freedom to make that decision – without fear of punishment.  The doctor / patient relationship is important  to preserve.

(NaturalHealth365)  The Wall Street Journal (WSJ), an organization that reports the news, END_OF_DOCUMENT_TOKEN_TO_BE_REPLACED