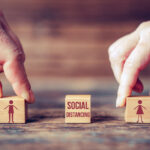 (NaturalHealth365)  On July 16, 2022, COVID-19 advisor Dr. Deborah Birx told the Daily Mail that SARS-CoV-2 “came out of the box ready to infect” people after it left Wuhan, China.  Is this quote a wrong choice of words … or a Freudian slip hinting at the possible lab origins of the now-infamous coronavirus?

Either way, Dr. Birx hasn’t stopped saying some head-scratching things that appear to be scientific fraud.  One can only wonder, what’s the “new” agenda of Dr. Birx, as her tone has certainly changed.

Dr. Birx recently released a new book, ominously titled Silent Invasion: The Untold Story of the Trump Administration, Covid-19, and Preventing the Next Pandemic Before It’s Too Late.  In it, she describes a variety of failings from government officials surrounding the COVID-19 pandemic, including what she calls the failure to “acknowledge the power of silent [viral] transmission by fully vaccinated,” according to a podcast interview with Birx released by the Center for Strategic and International Studies.

Dr. Birx insists in her book that COVID-19 also spreads among healthy, asymptomatic, vax-free people, which is a “false presumption” according to Dr. Peter McCullough, citing a 2020 article published in Nature Communications by Cao et al. disproving the asymptomatic spread hysteria.

Writing for The Brownstone Institute, author Jeffrey Tucker provides a detailed overview of Dr. Birx’s book.  He highlights several direct quotes from her book showcasing just how dishonest, fraudulent, and self-serving this woman really was.  Take a look at some of her direct words:

If it didn’t reveal the ongoing manipulation she and her colleagues used to push their agendas ahead, Dr. Birx’s words would almost sound funny.  Yet far from grounding her decisions in scientific reality, it seems she was “playing a game” with American citizens.

We saw plenty of egregious examples of “rules for thee, but not for me” from our elected leaders throughout the pandemic – and plenty of our unelected leaders, too.  Apparently, Dr. Birx was no exception.

As Jeffrey Tucker notes, Dr. Birx resigned in disgrace in December 2020 after “she was caught violating her own stay-at-home order.”

(NaturalHealth365)  Your liver is a vital organ with hundreds of important functions.  END_OF_DOCUMENT_TOKEN_TO_BE_REPLACED

(NaturalHealth365)  At this point, Bill Gates seems to be most famous for END_OF_DOCUMENT_TOKEN_TO_BE_REPLACED