EXPOSED: Bill Gates has a “SECRET” agenda for buying up America’s farmland 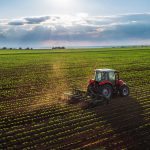 (NaturalHealth365) Bill Gates, the all-powerful sultan of software, has an alter ego: “Farmer Bill.”  At age 65, the former co-founder and CEO of Microsoft is swapping ones and zeroes for sod and soil, rebranding himself as a 21st-century gentleman farmer.  However, there’s nothing gentlemanly or regenerative about his technocrat’s vision for the future of food in America.  The third richest man in the world has finally discovered what the British aristocracy has understood for thousands of years:  Land is power.

According to the Land Report, Bill Gates is the largest private owner of America’s farmland.  A 2018, $171 million purchase of 14,500 acres of prime eastern Washington farmland gave Gates that title, and he has now amassed approximately 242,000 acres of farmland in the U.S.  (for a sense of scale, that’s nearly the size of Hong Kong and twice the acreage of the Lower Brule Sioux Tribe).  So what’s Bill’s vision for all of that land?  It’s simple …  to push organic out of the picture.

Gates’ acquired farmland is spread across 19 states, and it’s owned through a private investment company, Cascade Investment, which also owns shares in artificial meat company Beyond Meat.  It’s bad enough that the purchase of land by billionaires deprives smallholders and family farmers of a chance to make a living – the land we live on should not be the sole property of the few – but Gates’ acreage appears earmarked for genetically engineered (GE) corn and soy crops – the base foods for what will become synthetic, ultra-processed products like the fake meat in Impossible and Beyond Burger.

Like many other tech titan big wigs, Gates is a champion of “the new paradigm of farming,” a technology-based approach to agriculture that seeks to advance seed and crop protection.  In his book How to Avoid Climate Disaster, Gates writes: “The agriculture sector is important.  With more productive seeds, we can avoid deforestation and help Africa deal with the climate difficulty they already face.”

In 2019, it was reported that Impossible Burger was facing a shortage of soy because it relied on farms that didn’t use genetically modified seeds.  The link between Gates’ 21st-century land grab and his support of synthetic meat is as obvious as Thomas Sankara’s famous words:  “Where is imperialism? Look at your plates.”

For those who control land and food, power is limitless

Organic, biodynamic, or regenerative farming methods, which are needed to heal ecosystems and produce truly sustainable, nourishing food for future generations, are not part of Bill Gates’ vision of the future of food.  As a mega-owner of America’s farmland, the monopolistic role “Farmer Bill” will play in determining our food systems and land use patterns is as horrifying as discovering “Soylent Green is people.”

According to the American Farmland Trust, over the next 20 years, approximately 370 million acres of U.S. farmland will change hands.  We need to keep that land out of the hands of people like Bill Gates, Ted Turner (the media mogul who owns 2 million acres of farmland), and other billionaires.

Want to know what a really good farmer sounds like?  Head over to the NaturalHealth365 Podcast with Jonathan Landsman, as he features the work of Joel Salatin, a true American farmer.

(NaturalHealth365)  Research over the past decade has shown, without a doubt, that END_OF_DOCUMENT_TOKEN_TO_BE_REPLACED