Want to live longer? Here are the BEST foods to eat for longevity 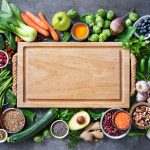 (NaturalHealth365) Yes, you’ve probably heard it before.  And, no (as dietary advice goes), it’s not a trendy, attention-grabbing, or innovative concept.  A just-published, massive population review conducted by the American Heart Association and involving 2 million adults around the globe definitively confirms that consuming healthy amounts of fruits and vegetables helps prevent deadly ailments such as heart disease and cancer, thereby lengthening lives.  (This is a compelling finding when you think about it!)

The researchers were even able to identify the optimal daily amount and ratio of fruits and vegetables for prolonging life: five servings a day, comprised of two fruits and three vegetables.  However, as it turns out, not all fruits and vegetables are equally valuable for fighting disease.  To learn about the surprising findings, keep reading.

The research, which was published in the AHA’s Circulation journal, involved 28 different population studies from various continents worldwide, including North America, Europe, Asia, Africa, and Australia.

The researchers, along with lead study author Dong D. Wang, M.D., Sc.D. – a nutritionist and epidemiologist at Harvard Medical School and Brigham and Women’s Hospital in Boston – used data from the Nurses’ Health Study and the Health Professionals Follow-Up Study.  The data involved over 100,000 participants who were followed for up to 30 years and was pooled with 26 other studies from around the world.

The results were clear-cut.

The “5-a-day” recommendation for fruits and vegetables is key

Somewhat surprisingly, in this research, there were no additional benefits from extra daily servings of fruits and vegetables.  Five servings a day, it seems, is the “sweet spot” for supporting health.

In one of the most intriguing findings, the researchers reported that starchy vegetables – such as peas, corn, and potatoes – were not associated with a reduced risk of disease or death.

And fruit juices – which tend to be low in fiber and high in sugar and calories – were also a “bust” for reducing the odds of disease.  (This doesn’t mean that you should throw away your juicer, of course.  But it’s a good idea to make sure that smoothies and homemade juices contain a wide variety of more beneficial fruits and veggies).

On the other hand, the team credited leafy greens, citrus fruits, berries, and carrots with possessing the highest disease-fighting capabilities.  All of these are rich in beta carotene – a natural plant pigment with potent disease-fighting properties – and antioxidant vitamin C, which is known as the “muscle of the immune system.”  These choices are also high in dietary fiber, linked with lower rates of colon cancer and coronary heart disease.

Seek out the nutritional “superstars”

In addition to the above-mentioned foods, certain fruits and vegetables seem to pack a particularly powerful disease-fighting punch.  Beets, which help promote the production of blood pressure-lowering nitric oxide, are an example of a food that can likely help prolong life.  And special mention should also go to avocados, which are rich in healthy fats and packed with essential vitamins and minerals such as vitamin K, folate, magnesium, potassium, and B-complex vitamins.

Watermelons are high in citrulline, which the body converts into the heart-healthy amino acid arginine.  They also contain lycopene, a powerful antioxidant and anti-inflammatory agent that also exists in tomatoes.

When it comes to vegetables, the cruciferous family seems to rule the roost when it comes to health benefits.  (Some super-veggies, such as arugula and kale, are both leafy-green and cruciferous – thereby fitting into two desirable categories).  A new cross-sectional study published online in July 2020 by Cambridge University Press showed that women who consumed more cruciferous vegetables – such as Brussels sprouts, cauliflower, and broccoli – had lower amounts of calcified plaque in their abdominal aortas.  Those with higher intakes had a 46 percent less chance of developing the dangerous condition than those who ate the lowest amounts.

Unfortunately, the U.S. Centers for Disease Control and Prevention (CDC) reports that only one in ten American adults eats an adequate amount of fruits and vegetables.  Hopefully, this newly released research will help change that fact.

(NaturalHealth365)  The controversy over caffeine consumption during pregnancy is a long-standing one.  END_OF_DOCUMENT_TOKEN_TO_BE_REPLACED

(NaturalHealth365)  Every 34 seconds in the United States, somebody dies of heart END_OF_DOCUMENT_TOKEN_TO_BE_REPLACED