NEW study: Loading up on THESE vegetables increases muscle strength, even without exercise 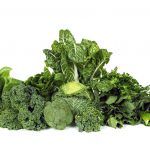 (NaturalHealth365) Who would have thought that the zany cartoons we grew up with could contain accurate nutritional information?  Viewers of a certain age might remember “Popeye the Sailor Man,” who gobbled cans of spinach whenever he needed a boost of muscular power to fight the villainous Bluto.  As it turns out, Popeye’s strategy was surprisingly sound.

In a study published just last week in The Journal of Nutrition, researchers found that eating one cup a day of green leafy vegetables significantly boosts muscle function.  And, as it turns out, muscle function is good for a lot more than beating up cartoon bullies – it is strongly associated with health and well-being, supports bone strength, and leads to a decreased risk of falls with aging (an important benefit for a graying population).  Let’s take a look at the power of “green leafies” to enhance physical function.

The 12-year study, conducted by researchers at Edith Cowan University in Perth, involved 3,759 Australians who participated in the Australian Diabetes, Obesity and Lifestyle Study.  The scientists found that people who consumed a diet high in nitrate-rich vegetables had 11 percent better muscle function in their lower limbs and demonstrated 2.6 kg more knee extension strength – when compared to those with the lowest dietary intake.  The team also recorded faster walking speeds for the high-nitrate group.

The volunteers’ average nitrate intake was 65 mg a day, with over 81 percent of the total derived from vegetables.

Intriguingly, diets high in nitrate-rich vegetables seemed to reinforce muscle strength independent of any physical exercise.  (Still, the scientists were quick to advise weight training and regular exercise as well).

According to study leader Dr. Marc Sim of ECU’s Institute for Nutrition, less than one in ten Australians eat the recommended five to six servings of vegetables a day.  “At least one of the servings should be leafy greens, to benefit the muscular and cardiovascular system,” Sim noted. He added supplements are not as effective as the vegetables themselves.

Beets – although they technically aren’t leafy greens – are the vegetables richest in nitrates, followed by arugula, spinach, and kale.  Chard, cabbage, leeks, and broccoli are also good sources.

But wait, there is more! Muscles aren’t the only part of the body benefiting from nitrate-rich veggies

It isn’t just muscles that benefit from veggies.  Other studies have linked nitrate-rich vegetables with cardiovascular health.  In an animal study conducted at ECU, rats exposed to carcinogens had less oxidation of fats in the liver, and a smaller decline in antioxidant enzymes.  In fact, pretreatment with beet juice tripled the activity of an antioxidant known as superoxide dismutase, while also benefiting heart health by reducing blood pressure.

In an impressive study published in the Journal of Applied Physiology, participants with peripheral artery disease who received daily beet juice could walk 18 percent longer before experiencing pain from claudication.

Editor’s note: Get INSTANT access to the Cardiovascular Docu-Class today and discover the best (natural) ways to improve heart and lung function.

Nitrates and nitrites – friends or foes?

Researchers credit nitrates in the vegetables with the ability to improve health – but these compounds are a double-edged sword that can be both harmful and helpful.

Nitrates occur naturally in the human body – as well as in fruits and vegetables.  They are also added to processed meats to prevent spoilage and browning.

Nitrates can be converted by the body into nitrites, with one of two results.  On the one hand, nitrites can boost the production of blood pressure-lowering nitric oxide.  However, they can also turn into harmful nitrosamines, particularly when exposed to high heat and combined with protein.

Fortunately, in the case of leafy greens, their high content of antioxidant vitamin C prevents nitrosamines from forming, thereby preserving the healthful effects of nitrates.

A study published in 2020 in the British Journal of Nutrition found that higher consumption of cruciferous vegetables, such as broccoli and arugula, is associated with less extensive blood vessel damage in older women.  The women had lower odds of developing excessive calcium deposits in the aorta – thereby enjoying a reduced risk of heart attack and stroke.

In fact, women who consumed over 45 grams of cruciferous vegetables a day – such as half a cup of raw cabbage or a quarter cup of steamed broccoli – had a remarkable 46 percent lower risk of calcium build-up.  The scientists speculated that the vegetables’ content of vitamin K – which helps to keep calcium out of the arteries and in the bones – contributed to the benefits.

Note: Many natural health experts will tell you that it’s only vitamin K2 – commonly found in fermented foods like, natto – has the ability to reduce the build up of calcium inside soft tissues of the body.

Leafy greens are generally considered “superfoods,” a title they richly deserve.  Rich in vitamins A, C, E, and K, leafy greens also contain carotenoids – natural plant pigments with disease-fighting properties.  In addition to heart-healthy nitrates, leafy greens are a good source of folate, a form of vitamin B which helps protect against cancer and strokes.  Finally, healthy amounts of the essential minerals iron, magnesium, potassium, and calcium round out the roster of important micronutrients in greens.

High in fiber, low in calories – and with a low glycemic index to boot – leafy greens seem custom-designed to promote health and wellness.  For maximum benefit, opt for organic greens.

In addition to their obvious utility in mixed salads, you can add leafy greens to wraps, soups, stews, and omelets.  You can also sautee them with lemon and garlic, spice them up with cayenne pepper, or nibble on raw leaves coated with olive oil and balsamic vinegar.

However you prepare or enjoy them, leafy greens and brilliant red beets offer up a bonanza of health benefits.  It turns out: the scrappy sailor, Popeye, was right all along.