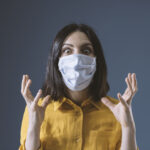 (NaturalHealth365)  At this point, Bill Gates seems to be most famous for being the country’s largest private farmland owner (owning more than a quarter million acres in the United States) and for saying he wants to achieve depopulation – although the mainstream media has tried to downplay the truth of that sentiment by “fact-checking” critics of Gates endlessly.

But Gates isn’t the only one who has been caught blatantly alluding to the global elites’ desire to commit depopulation and democide (democide: a term coined by American political scientist Rudolph Rummel that means “the intentional killing of an unarmed or disarmed person by government agents acting in their authoritative capacity and pursuant to government policy or high command”).  And despite the strong efforts to silence, ostracize, shame, and deplatform critics of the mainstream global agenda, more and more critics are speaking up.

Is the COVID-19 pandemic just another cog in the global elites’ wheel taking them toward unprecedented power and control?

Among a litany of tough questions and uncomfortable realities regarding the current pandemic, Margaret Anna Alice (a blogger who describes herself on social media as one who is “unmasking totalitarianism by examining media narratives, propaganda, neuropsychology, framing, philosophy, literature, and culture”) poses a sobering thought experiment to readers.

In a July 4 article posted to her Substack, titled “A Mostly Peaceful Depopulation,” Alice asks: “Want to orchestrate a massive transfer of wealth, get people to accept one-world authoritarianism, and knock off a good portion of the population while you’re at it?”

She answers: “Stage a pandemic and terrorize the public into relinquishing their liberties in the name of an illusory “safety” that will never arrive.  Tell them the only way out is to accept a novel pharmaceutical product that governments (i.e., taxpayers) will be required to fork out billions of recurring dollars to fund.  Decimate small businesses, evaporate jobs, wreck the economy, and force the vassals to depend on the State for survival.  Make them think it’s all for the ‘greater good.'”

Reading her words, it almost sounds like the world leaders are following some sort of playbook to achieve the end goal – depopulation.

She stokes further introspection and critical thinking from her readers by presenting a variety of questions she has asked herself since the beginning of the pandemic.  You can visit her in-depth Substack for the list in its entirety, but below are just a few of her most salient thoughts:

Margaret Anna Alice brings up red flag after red flag surrounding the COVID-19 pandemic mitigation response.  She also cites prior atrocities carried out by Gates and others in the name of “public health.” (This includes the deaths of children in India following HPV vaccines and the sterilization of African women following tetanus shots, the latter funded by none other than the Bill & Melinda Gates Foundation).

It can truly make one’s head spin trying to make sense of all this information and find the vein of truth in it all.  Virtually every point made by Alice and other critics can be “countered” by mainstream media – yet we know the media is an unreliable entity that is deep in the pockets of Big Pharma and Big Agriculture.  Even still, pretending that we have all the answers is unwise.

What is wise is to continue to allow yourself to have questions.  Continue to allow yourself to make your concerns known to doctors and other influences in your life, to believe that medical autonomy matters (it does), and resist the coercive power of the media that attempts to make you feel like a conspiracy theorist simply for having questions or thinking critically.  Put the puzzle pieces together and decide whether the sequence of events is a mere coincidence or a probable path to depopulation.

To that point, consider learning more about what makes a critical thinker and what you can do to hone your critical thinking skills – such as one three-step approach shared in a 2019 article from Harvard Business Review (question assumptions, reason through logic, and diversify thought).

(NaturalHealth365)  The telecommunications industry has rolled out 5G connectivity quite inconspicuously.  The END_OF_DOCUMENT_TOKEN_TO_BE_REPLACED