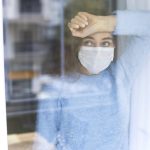 (NaturalHealth365)  Has the world moved one step closer to the “Great Reset?”

Bodily autonomy and national sovereignty proponents say that the World Health Organization (WHO) is soon set to vote on some amendments to global health regulations that will strip nations – including the United States – of their sovereignty … all in the name of “preparedness” for “health emergencies.”

The World Health Organization recently released a document that is somewhat ominously titled “Strengthening WHO preparedness for and response to health emergencies: Proposal for amendments to the International Health Regulations (2005).”

The amendment proposals were initially brought forth in January 2022 by Loyce Pace, the Assistant Secretary for Global Affairs, US Department of Health and Human Services, and backed by the White House.  They are set to stand as Provisional Agenda Item 16.2 at the upcoming World Health Assembly in Geneva, Switzerland from May 22 to 28, 2022, and will be voted on at this time.

But as many people warn, these proposed amendments are poised to set a dangerous precedent and one that would threaten Americans’ medical freedoms.

Should these amendments pass, the WHO’s Director-General would effectively be able to unilaterally declare public health emergencies in any nation, even against the cooperation and will of that nation.  Notably, the Director-General would be able to make such declarations based on personal opinion about whether there is a “potential” or possible threat to other countries.

By alerting other nations of a country’s “failure” to comply with WHO’s demands regarding a “potential” public health emergency (like a pandemic, for example), the WHO is effectively setting up countries to be financially, economically, and/or politically punished on the global stage.  Coercion to comply could come in the form of sanctions and more.

Do individual nations not have the right to make decisions about their own public health management?  Do you think a powerful board of global elites should be able to determine whether there is a health crisis in any given nation at any given time – even if that determination comes only via personal opinion?

Want to make your voice heard?  Here’s an email template you can send to your local US representatives

In an article posted on May 9 to his Substack, James Roguski presents several suggestions on how to make your voice heard and speak out against this “power grab” from the WHO.

Below is one of many sample emails that he encourages readers to send to their Senators, Congressional Representatives, Governors, and State Representatives.  If you feel called to stand up, feel free to copy and paste the following and send it to your elected representatives:

SUBJECT: URGENT ACTION REQUIRE: A PLOT TO SUBVERT U.S. SOVEREIGNTY HAS BEEN EXPOSED.

I’m writing to inform you that evidence has been revealed that has exposed a blatant power grab by the World Health Organization.  Delegates to the 75th World Health Assembly must be stopped from voting to hand over the sovereignty of the United States and all the other nations of the world to the WHO.

On January 18, 2022, HHS Assistant Secretary for Global Affairs (Loyce Pace) submitted documents to the WHO that proposed amendments to the International Health Regulations.

I would like to call your attention to the amendments to Article 12, sections 2, 3, and 5.  Please be aware that these amendments are scheduled to be voted on this May 22-28, 2022.  The end result of this would be the transfer of United States sovereignty over to the WHO and the beginning of One World Government.

Please realize that I am not referring to Senate Bill 2297.

That is another abomination that you must speak out against.

Please also realize that it is a criminal offense to keep secret any plots against the United States.  You have now been made aware of this information and you are under a legal obligation to inform the President of this potentially treasonous act.  [18 U.S. Code § 2382 – Misprision of treason]

If you have any questions, you should contact James Roguski, who is the person who revealed this information.  He can be reached at 310-619-3055.  All the details are available on

I request that you take action immediately and respond to me as soon as you have done so.  Let me know what actions you have taken to address this potentially treasonous act.

(NaturalHealth365)  Is the COVID shot necessary for kids?  We know most people END_OF_DOCUMENT_TOKEN_TO_BE_REPLACED

(NaturalHealth365)  As Big Pharma rolls out one COVID booster after another, a END_OF_DOCUMENT_TOKEN_TO_BE_REPLACED