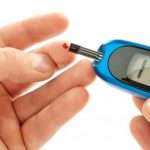 (NaturalHealth365) A stunning 100 million Americans currently have diabetes or prediabetes – elevated blood sugar that can progress to diabetes if unchecked.  But, thankfully, we have some great news – especially for diabetics.

Many natural health experts believe that widespread deficiencies of an essential mineral – magnesium – are driving the skyrocketing national rates of diabetes.  In fact, even the National Institutes of Health (NIH) warns that ‘diabetes is frequently associated with a magnesium deficiency.’

The fact is, almost half of all Americans are low in magnesium (and, for seniors, the picture is even bleaker – 80 percent of adults over age 70 are deficient).  If you think you may be deficient in magnesium, keep reading to discover how restoring healthy levels – whether accomplished by increasing dietary intake, or taking magnesium supplements – can benefit you.

Magnesium plays a vital role in over 300 critical functions in the body. In addition to synthesizing proteins and helping to metabolize blood glucose and insulin, magnesium also balances levels of other minerals such as calcium, potassium and sodium.

Unfortunately, a variety of factors can threaten magnesium levels.

Experts say that commercial farming practices have seriously depleted magnesium in soil, causing lower magnesium levels in foods (and decreased dietary intakes in general). Having a digestive disorder – such as Crohn’s or celiac disease – and using certain medications, such as diuretics, can also contribute to shortfalls.

Magnesium deficiency, or hypomagnesemia, is medically defined as under 1.8 mg/dL.

Because insulin resistance affects the transport of magnesium between cells, diabetics are particularly susceptible to magnesium deficiency.  Certain medications may also cause diabetics to excrete more magnesium in the urine.

And, while many disorders – such as heart disease and osteoporosis – are associated with low magnesium, diabetes is the most common.  In a sort of biochemical “vicious cycle,” magnesium deficiencies are a major cause of diabetes – and vice versa!

Scientists agree: Proper levels of magnesium can LOWER the risk of insulin resistance

In an Israeli study published in Nutrients in January 2018, diabetic participants received either 250 mg of elemental magnesium a day for three months, or a placebo.

And the results were revealing.

The patients supplemented with magnesium showed improved glycemic response, with decreases in insulin resistance.  And, just to be clear: insulin resistance refers to any impairment in the body’s ability to use insulin – the hormone responsible for the absorption of blood sugar and its conversion to energy.

In addition, the magnesium group’s HbA1c levels (a measure of long-term blood sugar control) sank from 8.32 to 7.96 percent.

In an Egyptian study published in Medicine in March 2017, the participants were children with type 1 diabetes. (Unlike type 2 diabetics – whose bodies can still produce the insulin that manages blood sugar – those with type 1 diabetes manufacture no insulin at all.)

The team first evaluated the participants’ magnesium status, along with its relationship to glycemic control and level of fats in the blood.  Children who were found to have low magnesium levels were supplemented with 300 mg of magnesium a day for three months.

The researchers found that the supplemented group had significant reductions in HbA1c – which plunged from 10.11 at the beginning of the study to 7.88 percent by study’s end.

In addition, the magnesium group experienced decreases in levels of fats in the blood – along with a reduction in atherogenic (harmful) LDL cholesterol and an increase in protective, beneficial HDL.

The team concluded that dietary supplementation with magnesium, in addition to conventional therapies, could play a substantial role in the glycemic control of type 1 diabetes – and could delay or even prevent diabetic complications.

It’s official: You can cut your risk of developing diabetes with ‘the right nutrition’

Studies have already shown a strong association between eating a magnesium-rich diet and enjoying reduced incidence of diabetes – with scientists maintaining that an additional 100 mg of magnesium a day can lower risk of diabetes by 15 to 19 percent.

You can increase your dietary intake of magnesium by eating plenty of dark leafy greens, such as spinach and kale. Other good sources include cashews, almonds and other nuts; pumpkin and sunflower seeds; chickpeas; beans; whole grains and dark chocolate.

Naturally, you can minimize your exposure to (magnesium-robbing) chemical pesticides by eating organic foods — whenever possible.

The National Institutes of Health currently advises a recommended daily amount of 420 mg of magnesium for men, and 320 mg for women.  In order to maintain healthy magnesium levels, your integrative healthcare provider may recommend magnesium supplements.

Magnesium is available in a range of formulations, with many natural health experts advising magnesium citrate, magnesium glycinate or magnesium threonate as among the most bioavailable.

Health tip: magnesium can be applied to the skin in the form of magnesium chloride oil – a good choice for those suffering from digestive disorders that impair magnesium absorption. This form also can help bypass the diarrhea that may accompany some forms of magnesium supplementation.

Naturally, always consult a trusted physician before supplementing with magnesium. Taking supplementary magnesium can affect the balance of other minerals in the body, such as calcium.

Bottom line, a magnesium deficiency – currently widespread in the United States – can clearly open the door to a range of devastating diseases. With simple dietary changes or appropriate supplementation, you can minimize your risk of “running short” on this indispensable mineral.

(NaturalHealth365) Whether served up solo in tasty slices, slathered on toast or END_OF_DOCUMENT_TOKEN_TO_BE_REPLACED

(NaturalHealth365) Diabetes, which currently affects more than 10 percent of the American END_OF_DOCUMENT_TOKEN_TO_BE_REPLACED