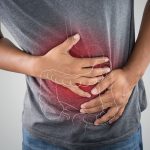 (NaturalHealth365) The dangerous explosion of drug-resistant bacteria has been called by the U.S. Centers for Disease Control and Prevention (CDC) “one of the biggest public health challenges of our time.”  The CDC also states that at least 2.8 million Americans are afflicted by drug-resistant infections each year, which can cause widespread systemic inflammation and organ damage.  Sadly, for over 35,000 of these individuals, the infection proves fatal.

Of course, the drugs we are referring to are antibiotics, which have a long history of misuse and improper prescription.  But as scary as these so-called “superbugs” are, drug-resistant bugs aren’t the only problem caused by antibiotics use.  A recent study found that using these popular drugs is associated with a chronic digestive disorder known as inflammatory bowel disease (IBD).

Inflammatory bowel disease is a collective term for two related conditions, Crohn’s disease, and ulcerative colitis.  Together, these conditions lead to a lifelong struggle with sometimes severe symptoms like fatigue, bleeding from the rectum, abdominal pain, weight loss, and persistent diarrhea.

Having IBD also increases a person’s risk of colon cancer, which is the second deadliest type of cancer after lung cancer.

According to a 2019 study published in The Lancet, global rates of IBD increased substantially between 1990 and 2017.  Now, a recent study from The Lancet Gastroenterology & Hepatology suggests that antibiotics – especially broad-spectrum antibiotics – could be part of what’s driving this rising prevalence.

The research comes out of the Karolinska Institutet in Sweden and Harvard Medical School in Boston, MA.  For their data collection, the international team of researchers utilized patient information gathered from an existing cohort called the Epidemiology Strengthened by histoPathology Reports in Sweden (ESPRESSO) study.  From this cohort, the researchers identified nearly 24,000 new cases of IBD.  16,000 of these cases were diagnosed as ulcerative colitis, and 8,000 of these cases were diagnosed as Crohn’s disease.

After comparing the medical and family history of these patients and adjusting for confounding risk factors, the researchers concluded that a prior history of antibiotics use was associated with almost a two-times increased risk of IBD.  This association remained even when comparing the newly diagnosed IBD patients with their own siblings – a relevant finding, given that up to 25 percent of all people with IBD have at least one family member who also has it.

Even if antibiotics are prescribed and used correctly, it’s not a stretch to imagine how these drugs can be so harmful to the gut.  Engineered specifically to kill bacteria, antibiotics can indiscriminately harm or destroy the delicate microbiome essential for immunity, metabolism, nutrient absorption, and overall health.  Not only can this deplete the gut of “friendly” gut bacteria, but it can also pave the way for harmful “bad” gut bacteria to take over.

Antibiotics are more dangerous than you think.  These are the risks your doctor might not tell you

As noted by the CDC, unnecessary use of antibiotics will not only not help you, but it can actively harm you, too.  And even appropriate use of antibiotics can lead to side effects, ranging from minor to severe or even life-threatening.  These include:

Keep in mind that antibiotics should never be prescribed for viral illnesses, including those that cause the common cold, most sore throats, the flu, and most cases of chest colds (e.g., bronchitis).  And the CDC notes that even some sinus infections and ear infections do NOT require antibiotics, simply because these usually get better on their own.

(NaturalHealth365)  As Big Pharma rolls out one COVID booster after another, a END_OF_DOCUMENT_TOKEN_TO_BE_REPLACED