Eliminate toxic debris from your body with THIS incredibly effective therapy 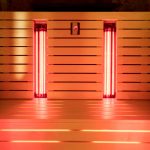 (NaturalHealth365) Far-infrared (FIR) radiation is a subdivision of the electromagnetic spectrum that has been investigated for biological effects with very encouraging results.  I have clients who have added this modality as part of their overall treatment plan for everything ranging from autism to heart conditions.

How does FIR work?  The body experiences FIR wavelength energy as a gentle radiant heat that can penetrate up to 1.5 inches beneath the skin.  An article published in Photonics & Lasers in Medicine states that FIR energy is sufficient to exert rotational and vibrational modes of motion in bonds forming the molecules (including water molecules) and resonate with our cells.

That’s not all!  People with arthritis and type 2 diabetes can also benefit

A study of patients with rheumatoid arthritis showed a reduction in pain, stiffness, and fatigue during infrared sauna therapy.  In addition, far-infrared sauna was associated with improved quality of life in people with type 2 diabetes mellitus.  The author concluded that the uptake in the use of infrared saunas is greater than the uptake of other lifestyle interventions.

FIR saunas can even help children with autism, according to study

Many parents report that their children with autism seem to improve when they have a fever.  An article published in Medical Hypothesis states that the release of the amino acid glutamine could be the reason for the improvement in autism symptoms.

In people with autism, glutamine in the blood and brain is low, but during a fever, glutamine is released from skeletal muscles as provisional fuel, and the glutamine is metabolized by the intestines – just as if the amino acid had been ingested.

The International Journal of Hypothermia derived the same conclusion.  They found that a fever or hyperthermia may alter glutamate levels in the brain and therefore be able to impact the symptoms of autism.  Working with this information, many physicians have incorporated FIR into their practice to help children with autism.

Our skin is a major elimination organ, but many of us do not sweat regularly.  This could be due to insufficient physical activity, sun exposure, or wearing synthetic or tight-fitting clothing.  Simply put, sweating is natural (and essential) for optimal health.

Using FIR saunas helps restore skin elimination by helping the body eliminate toxic debris.  In fact, FIR therapy was used as part of the protocol to help September 11th firefighters recover – after being exposed to toxic chemicals as part of the World Trade Center rescue and clean-up efforts.

Exposure to solvents and other chemicals has been linked to psychiatric disorders, including depression, mood disorders, anxiety, and detoxification has helped many people recover.  In my practice, we use CEASE therapy, a detoxification protocol that has been assisting children with autism and other disorders for many years.

Far-infrared sauna therapy could be a wonderful adjunct for many who have trouble with detoxification and need help assisting their bodies to remove toxic debris.  As a precaution, please check with your healthcare practitioner before starting FIR – as there are protocols that need to be followed, including specific vitamins and minerals before and after sauna sessions and, of course, assuring that enough water is consumed during the session.

It is also important not to bring in reading materials or plastic containers, for your water, into the sauna as those can contain the exact chemicals you are attempting to detox.

About the author: Sima Ash of Healing 4 Soul is a clinical and classical homeopath and certified clinical nutritionist who utilizes a unique approach pioneered by Tinus Smits, M.D. called CEASE therapy.  CEASE treatment aims to systematically detoxify the causes of illness, leading to step-by-step improvement and restoration of health in the individual.  For additional information, please visit – Healing4Soul.com.

(NaturalHealth365)  Acupuncture is a centuries-old remedy that was first used in China.  END_OF_DOCUMENT_TOKEN_TO_BE_REPLACED

(NaturalHealth365)  How many vibrant green superfoods do you consume daily?  If it’s END_OF_DOCUMENT_TOKEN_TO_BE_REPLACED