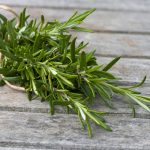 (NaturalHealth365) Although the wireless industry claims that exposure to wireless radiation is “safe,” numerous studies have shown that EMF radiation is harmful to the human body. Each day, we are exposed to more wireless, cellular, microwave, and electric fields than ever before in history.

No matter how hard we try, it is impossible to completely avoid EMF exposure and still participate in our modern society. Thankfully, new research reveals an easy way to help protect ourselves against the damaging effects of EMF radiation.

Is 5G a breakthrough innovation or a threat to human health?

The use of radiofrequency (RF) EMF is on the rise, despite the overwhelming evidence revealing its potential to harm humans. One of the most alarming ways RF-EMF damages the body is by increasing oxidative stress. Free radical damage and oxidative stress are involved in cancer onset and numerous chronic diseases. Even though EMF safety is highly controversial, plenty of evidence exists to justify the WHO IARC’s decision to classify RF-EMF as a “possible human carcinogen.”

Many are concerned with the potential danger that 5G has in store for humankind. Governments around the world are aggressively rolling out their 5G infrastructure. The technology uses submillimeter and millimeter waves and relies on EHF (extremely high frequency) ranges between 6 GHz and 100 GHz – and beyond.

Although the physiological effects of 5G systems are unknown, preliminary observations showed that millimeter waves trigger a host of processes that can be devastating to our bodies. Hundreds of members of the international scientific community have been urging regulators to conduct further studies to explore how millimeter waves affect human health.

WARNING: EMF harms your health in many ways

A substantial body of evidence confirms that EMF exposures inflict widespread damage on the human body. EMFs attack our nervous and endocrine systems and produce oxidative stress. The radiation can alter our cells’ DNA, elevate programmed cell death, lower fertility, and even cause cancer.

The risks are real, yet, most users are unaware of the potential harm. EMFs have also been linked to life-threatening cardiac effects, early-onset dementia, and even Alzheimer’s. Pregnant women and children are at particularly high risk. Evidence shows that EMF exposure before and shortly after birth can lead to ADHD and autism.

Tragically enough, the over 2,000 peer-reviewed studies documenting the biological and health effects inflicted on humans by non-ionizing radiation were not enough to warrant the adoption of federal safety standards.

Hundreds of recent studies demonstrate adverse health effects from headaches to many types of cancer, including brain cancer caused by levels far lower than those considered acceptable by the FCC. Nonetheless, governing bodies conducted no long-term studies to ensure public safety. Instead, the US government issued “guidelines” developed by the industry, using outdated research.

Rosemary extract protects against the harmful effects of EMF

Although the repercussions of long-term EMF exposure can be severe, the good news is, you can help buffer your body against its damaging effects.  A popular culinary herb may allow your cells to recover from overexposure and remove some of the radiation from your body.

Rosemary is a common herb that is well-known for its potent antioxidant and anti-inflammatory properties. In a 2020 study, scientists tested the antioxidant property of rosemary extract by exposing rats to electromagnetic fields. Results showed that rosemary extract reduced EMFs’ destructive effect, confirming its potential preventative benefits.

In a 2016 study, a group of researchers came to similar conclusions after exposing rats to mobile phone EMFs. In rats not treated with rosemary, EMF exposure induced structural changes in connective tissues, and increased oxidative stress. Rats treated with rosemary extract faired much better and experienced a boost in antioxidant activity.

How to use rosemary for EMF protection

You can take rosemary extract in a tincture or capsules. However, drinking a cup of rosemary tea daily may be the easiest way to benefit from the herb’s protective compounds.

Boil 1-2 cups of water. Add 1-2 inches of finely chopped rosemary leaves to your cup. Pour hot water over the leaves. Allow to steep for 10 minutes, strain, and enjoy!

(NaturalHealth365)  More than 90 percent of American adults own a cell phone, END_OF_DOCUMENT_TOKEN_TO_BE_REPLACED

(NaturalHealth365)  For years, doctors have claimed that an annual mammogram is the END_OF_DOCUMENT_TOKEN_TO_BE_REPLACED