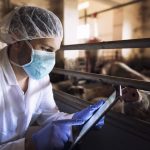 (NaturalHealth365) It’s truly worrisome how quickly telecom providers have forced 5G onto residents of urban areas without properly assessing and acknowledging the powerful radiation’s health effects on these communities. But recently, the U.S. government cleared a path for major companies to establish their fifth-generation wireless technology in rural areas, too.

Green light to MASSIVE 5G infrastructure: What is the FCC doing to America?

According to the FCC, the 5G Fund for Rural America will designate billions of dollars of taxpayer money to major telecom providers so that they can build 5G infrastructure in the country’s most rural areas.  A key feature of this new infrastructure will reportedly be wireless farming, or “precision agriculture.”

Precision agriculture is proposed to provide a modern edge to farmers by creating the availability of technology such as:

Proponents claim this will boost sustainability and profits.  But the move has been heavily criticized by the Children’s Health Defense and others as a way for telecom companies to collect and sell data.

And data monitoring notwithstanding, this widespread greenlighting of 5G infrastructure also brings up serious questions about the health impacts on the people and even animals living in these rural communities.

The fact that 5G wireless technology is being foisted onto the public without proper safety assessment rubs hundreds of scientists, doctors, and organizations the wrong way.  5G, after all, is a powerful type of radiofrequency radiation that has been outed in peer-reviewed journals – as well as publications such as Scientific American – for its damaging impacts on human and animal health.

More research is on its way, but there’s already a pile of worrisome data describing how harmful radiofrequency radiation can be on human and animal health. As summarized by a recent October 2020 paper published in Oncology Letters, here just five health effects associated with exposure to radiofrequency radiation, including 5G:

We know that most of the research on radiofrequency health effects have been done on earlier iterations of the wireless technology, including 2G and 3G.  But given that 5G is exponentially more powerful than these older frequencies, it stands to reason that the negative impact of this latest technology could be widespread.

In fact, and as the 2020 Oncology Letters article notes, an appeal was presented to the European Union back in 2017 to employ “a moratorium on 5G deployment … until proper scientific evaluation of potential negative consequences has been conducted.”  This appeal is currently endorsed by nearly 400 scientists and doctors.

Evidently, no such appeal is being honored here in the United States.

(NaturalHealth365)  The telecommunications industry has rolled out 5G connectivity quite inconspicuously.  The END_OF_DOCUMENT_TOKEN_TO_BE_REPLACED