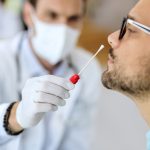 (NaturalHealth365) Astounding news out of a western European country. On November 11, a Portugal ruling concluded that the widespread use of the PCR test for COVID-19 is simply not reliable.  Yet, the mainstream media continues to suppress this kind of information and calls anyone that reports on it a “conspiracy theorist.”

In fact, the ruling – brought against Azores Regional Health Authority on behalf of a group of tourists who were held in the country against their will – cites research that severely questions the coronavirus test reliability.

The controversy began when four German tourists were reportedly held against their will this summer in a Portuguese hotel after one of them tested positive for the pandemic virus on a so-called COVID-19 PCR test (the other three, considered “close contacts,” were also ordered to quarantine).

Weeks ago, a lower court actually ruled in favor of the tourists. The Azores Regional Health Authority subsequently appealed.  But on November 11, Portuguese judges upheld the ruling, supporting the tourists and acknowledging that they were, in fact, detained illegally in the country.  The Azores Regional Health Authority, the judges concluded, violated international and national law.

Why did the judges stand with the tourists?  First of all, these individuals were reportedly never assessed by a licensed physician.  Secondly, the judges acknowledged that the COVID-19 PCR test has questionable reliability – remarkably so!

In fact, in their ruling, the judges cited a recent study from Clinical Infectious Diseases that concludes the COVID false-positive rate is as high as 97 percent.  Another way to say it: if you get a positive COVID-19 PCR test result, there’s only a 3 percent chance that the test result is accurate, according to this research, which was cited in the trial.

Here’s what the Lisbon Appeal Court had to say as they handed out their verdict in favor of the German tourists:

“In view of current scientific evidence, this test shows itself to be unable to determine beyond reasonable doubt that such positivity corresponds, in fact, to the infection of a person by the SARS-CoV-2 virus.”

This technique requires the amplification of a sample, which is done by sending it through multiple repetitive cycles in order to create multiple copies of the supposed viral DNA and yield a “measurable result.”

The standard method in American and European labs is to run the sample through as many as 35 to 40 cycles. But many experts claim that 35 cycles are far too many, as it can detract from the validity and reliability of the test.

How?  Since every amplification cycle significantly concentrates or increases the amount of viral genetic information in the sample, this can mean someone could test “positive” even if they have an infinitesimally small amount of the virus actually present in their sample (i.e., a false-positive result).

You’d be hard-pressed to hear about this landmark news, of course, since global officials have been relying so heavily on COVID test rates to dictate their egregious overreach.  After all, if additional research reveals just how inaccurate COVID PCR tests actually are, how else are they going to convince people that this pandemic is as big as they claim?

Stay tuned, as NaturalHealth365 continues to following this story and other findings closely.  And, to get the latest news (as fast as possible) be sure to sign up for our NaturalHealth365 newsletter here.

(NaturalHealth365)  As Big Pharma rolls out one COVID booster after another, a END_OF_DOCUMENT_TOKEN_TO_BE_REPLACED