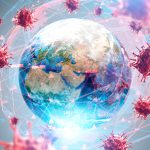 (NaturalHealth365)  When the pandemic began, people were labeled outright conspiracy theorists for questioning the origin of the novel coronavirus, SARS-CoV-2.  We were told that the virus that causes COVID-19 originated in a wet market in Wuhan, China, and jumped from animals to humans.  Full stop.

But in a massive shift, mainstream media and officials now admit there is credibility to the lab leak theory, which posits that a “genetically tinkered-with” virus was released (accidentally or otherwise) from the high-tech laboratory, conveniently located in the epicenter of the pandemic outbreak.  What’s more, newly released correspondences suggest Dr. Anthony Fauci had a hand in minimizing the lab leak theory.

In a highly publicized March 2020 statement to The Lancet, a group of scientists wrote that they “strongly condemn conspiracy theories suggesting that COVID-19 does not have a natural origin.” Imagine condemning a theory about the origins of a pandemic virus, despite the fact that there is no evidence to rule out a lab leak hypothesis – something that even mainstream media admits today.  Next, imagine that one of the lead proponents of this widespread condemnation is the head of an organization directly involved in research at the infamous laboratory at Wuhan Virology Institute.

Given this context, it’s not surprising to hear that Dr. Daszak condemned the lab leak theory so strongly.  But what is surprising is the growing evidence that U.S. government officials might have colluded with Wuhan lab backers to cover up the SARS-CoV-2 origin.

In an April 2020 email between Daszak and Fauci – one email of hundreds made available by the Freedom of Information Act obtained by the Washington Examiner – Daszak says: “just wanted to say a personal thank you on behalf of our staff and collaborators, for publicly standing up and stating that the scientific evidence supports a natural origin for COVID-19 from a bat-to-human spillover.  Your comments are brave,” Daszak continues, “and coming from your trusted voice, will help dispel the myths being spun around the virus origin.”  A large portion of this email has been redacted.

Critics question this exchange and much of the rhetoric going against the lab leak theory that Dr. Fauci spewed earlier in the pandemic.  As a scientist himself, wouldn’t Dr. Fauci realize there was insufficient evidence at the time – and now – to rule out a lab origin?

How transparent are our government officials truly being about the nature of this pandemic?  Is due diligence really being done?

(NaturalHealth365)  Is the COVID shot necessary for kids?  We know most people END_OF_DOCUMENT_TOKEN_TO_BE_REPLACED

(NaturalHealth365)  As Big Pharma rolls out one COVID booster after another, a END_OF_DOCUMENT_TOKEN_TO_BE_REPLACED