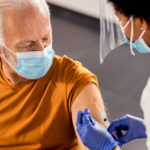 (NaturalHealth365)  In the earlier half of the pandemic, the COVID shot was sold to the public as the best way to end the crisis and the right thing to do to protect yourself and others, as officials and Big Pharma reps insisted that these shots could prevent viral transmission.  Since those claims were made, however, the true safety and efficacy of these shots have been called into serious question.

Case in point: “breakthrough” COVID infections are no longer considered rare (so much so that the term “breakthrough” doesn’t even seem to be used anymore!), and officials now claim it was actually never about stopping transmission anyway but preventing serious illness, hospitalization, and death, especially for seniors – hence why the elderly were among the first to be offered this novel gene therapy.  But the very people responsible for ensuring these drugs were evaluated for safety in a timely matter dropped the ball, according to a recent feature article published by the BMJ.

On October 25, 2022, Maryanne Demasi, writing in the prestigious BMJ, noted that the U.S. Food and Drug Administration “quietly disclosed” the fact that elderly people in the United States who had received the Pfizer COVID shot were experiencing four serious adverse events.

These serious adverse events, discovered via Medicare healthcare system claims, were released by the FDA way back in July 2021 after what the agency says was “near real-time safety monitoring” and included the following:

The FDA wasted no time brushing off these potential safety concerns in their July 2021 release, stating that the agency was only sharing the findings “in the spirit of transparency but does not believe there is a cause for concern.” Insisting that there “is no need to delay vaccination while the FDA continues its investigation.” The agency claimed that it “continues to closely monitor the safety of the COVID-19 vaccines and will further investigate these findings by conducting more rigorous epidemiological studies.  FDA will share further updates and information with the public as they become available.”

The problem at the time, Maryanne Demasi pointed out in her feature report, was that “little was provided, such as the magnitude of the increased potential risk, and no press release or other alert was sent to doctors or the public.” And even though the FDA released a protocol for a follow-up study 18 days after the July 2021 report, since then the agency “has not published a press release, or notified doctors, or published the findings by preprint or the scientific literature or updated the vaccine’s product label.”

Why the delay?  The BMJ report goes on to say that the FDA claims study findings are expected later this fall.

As mentioned, the FDA was very quick to downplay the four serious safety concerns identified among Medicare healthcare claims for elderly individuals who had received the shot.  Without any proof to support their claims, the agency even immediately offered “alternative explanations” for the increased rate of heart attack, pulmonary emboli, and more, saying that “the Pfizer/BioNTech vaccine was given to many high-risk individuals who were older and had significant co-morbidities.”

But multiple other observational studies and clinical trials have reported compatible results (among the elderly and other age groups).  This means that the FDA’s findings do not exist in isolation.

This is alarming, not just because the government is failing to release its own data publicly and preventing other professionals from analyzing the evidence, but also because we have clearly transitioned to the point where “booster” COVID shots will be encouraged, perhaps mandated, annually from now on – even the U.S. President referred to the booster dose as a “once-a-year shot” back in September.

(NaturalHealth365)  Is the COVID shot necessary for kids?  We know most people END_OF_DOCUMENT_TOKEN_TO_BE_REPLACED

(NaturalHealth365)  As Big Pharma rolls out one COVID booster after another, a END_OF_DOCUMENT_TOKEN_TO_BE_REPLACED