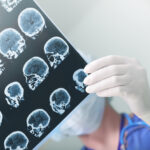 (NaturalHealth365) Generally speaking, we hope that health studies and research will help us to improve our everyday life, avoid health issues or give us vital information about how to eliminate disease symptoms.  But what happens when that information, or even portions of the information, are found to be fraudulent?  It calls the entire body of research into question.

That is happening as reports surfacing that critical images used to support findings in one of the century’s most prevalent research papers on Alzheimer’s have likely been fabricated intentionally.  The result is years of research are now being questioned, and hundreds of millions of taxpayer dollars that funded this vital research for the United States’ seventh leading cause of death may very well be squandered on findings based on falsehoods.

Physician and neuroscientist Matthew Schrag from Vanderbilt University happened upon the eyebrow-raising study when he was looking into an experimental drug that would be used to treat Alzheimer’s.

The study was published in Nature in 2006 and was written by Sylvain Lesné from the University of Minnesota.  The study supports a controversial hypothesis about Alzheimer’s, the amyloid hypothesis.  This study has dominated the scientific community as a basis for other research on Alzheimer’s and has been cited repeatedly.

The key element of the hypothesis is what the study supports: protein amyloid beta, or Aβ, clumps, called plaques, are a primary cause of Alzheimer’s when it exists in brain tissue.

However, Schrag noticed that the images didn’t exactly match up, and he suspected image tampering.  It appeared that the photos used to support the study were actually composites from various other experiments, pieced together to form a single image.  The images did not even appear to be from the study at all.

Study authors tampered with images to better fit their hypothesis

Science.org launched its investigation to see if there was any validity in Schrag’s claims and concurred with his suspicions.  It was concluded that Lesné’s research was, at the very least, tainted.

Science reached out to several independent experts, which included top image analysts and leading researchers in the field of Alzheimer’s, for confirmation.  These experts claim that many of the images showed signs of image tampering, and some of them were “shockingly blatant” in their altering and manipulation.

Top molecular biologist and forensic image consultant Elisabeth Bik asserted that it appeared the authors of the study pieced together various parts of different photos from different experiments and passed them off as original and new, exclusive to their own study.  She proposed that the motivation for tampering with the images may have been because they did not get the experimental results they wanted, so they altered the data to fit their hypothesis better.

The ramifications of this are alarming and far-reaching.  It means millions of taxpayer dollars from the National Institute of Health (NIH) may have been wasted.  It also has a significant impact on the scientific community as this study has been the basis for thousands of studies on Alzheimer’s research and has sent the entire scientific field in the wrong direction as they search for a cure for the disease.

Also, the deeper researchers look into the study, the more red flags they find that point to manipulation of findings and inaccurate data.  And this leaves more questions than answers as researchers contemplate returning to square one.

Editor’s note: The Alzheimer’s and Dementia Summit, created by Jonathan Landsman, can help you to discover the best ways to protect your brain naturally.  Click here to get instant, complimentary access to the entire program.

(NaturalHealth365)  Your liver is a vital organ with hundreds of important functions.  END_OF_DOCUMENT_TOKEN_TO_BE_REPLACED

(NaturalHealth365)  At this point, Bill Gates seems to be most famous for END_OF_DOCUMENT_TOKEN_TO_BE_REPLACED