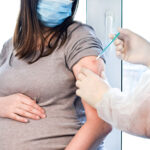 (NaturalHealth365)  Let’s be clear: it’s time to stop thinking about heart inflammation, blood clots, neurological damage, and other serious health issues as “side effects” of COVID shots.  These issues are direct effects of the mRNA jabs that have been rolled out to the public in an unprecedented move powered by Big Pharma, global governments, and worldwide elites.

And as of Friday, July 8, 2022, the Centers for Disease Control and Prevention (CDC) released even more data that should sound the alarm on how harmful these experimental drugs can be.

At least 1.3 million adverse events reported following COVID shots in the past 18 months

As of June 29, 2022, there have been more than 596 million doses of COVID shots administered in the United States.  352 million of these are from Pfizer, another 225 million are from Moderna, and just 19 million doses are coming from Johnson & Johnson.

While we know that the government’s Vaccine Adverse Event Reporting System (VAERS) is historically underreported (meaning that the actual number of people suffering harm from these shots could be much, much higher than what the media reluctantly admits to), the most recent VAERS data dump from the CDC reveals, yet again, some worrisome correlations.

The following is just a brief breakdown of some of the data released by the CDC for the stated period (mid-December 2020 to early July 2022):

No shot is 100% “safe and effective,” and VAERS data shows that COVID jabs are NO exception

These are exactly the concerns that health experts have warned about – let alone the warning that the shots are not preventing transmission of SARS-CoV-2 and may, in fact, make some vax-recipients even more at risk of symptomatic infection.

The latter point was made in an article published in the New England Journal of Medicine earlier this month, in which researchers discovered that people who received two doses of an mRNA shot had negative protection against symptomatic COVID-19, whereas people who recovered from a prior SARS-CoV-2 infection had about a 50% immunity against future illness.

Listen: nobody wants to be sick.  And sadly, even things like the common cold and the flu can be serious or even deadly for some individuals – this is nothing new.  To be certain, the same can be said for COVID-19.

But the reality is that this viral infection has proven to be highly survivable among all age groups.  It’s simply not as deadly as the mainstream media wants us to believe (and especially for young children, a demographic that the government wants to be filled with yet ANOTHER round of vaxxes).

So, why the ongoing push for more and more “booster” shots, reformulated and modified simply to chase after the next of an unending number of future “variants”?  Is the dependency on Pharma truly that important to normalize – and are people falling for it?

One final note: never forget the importance of a strong immune system … this is a good place to start, especially if you’re concerned about avoiding dis-ease symptoms.  If you want to “dive deep” into the topic of immunity, check out the Immune Defense Summit hosted by Jonathan Landsman.

(NaturalHealth365)  Your liver is a vital organ with hundreds of important functions.  END_OF_DOCUMENT_TOKEN_TO_BE_REPLACED

(NaturalHealth365)  At this point, Bill Gates seems to be most famous for END_OF_DOCUMENT_TOKEN_TO_BE_REPLACED