Emotional Freedom Technique: Is this “tapping” strategy helpful or not? 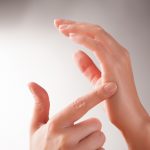 (NaturalHealth365) With the growing rates of mental illness in the United States, now is as good a time as ever to manage your stress and emotional well-being.  But could something as simple (and at first glance strange) as tapping on different parts of your body actually offer significant mental health benefits?

Tapping, also called psychological acupressure or Emotional Freedom Technique (EFT), is said to alleviate anxiety and other common mental health issues.  It’s hard to believe it might help, but given what we know about the benefits of other complementary techniques like acupuncture, it’s no surprise that so many people and healthcare practitioners swear by it.

Developed in 1993 by Gary Craig, EFT is an alternative treatment for psychological stress.  Instead of acupuncture needles, EFT involves tapping one’s fingers against certain areas of the body to stimulate energy flow and alleviate psychological distress.  On a neurological level, it’s possible that activating these specific areas of the body via finger tapping could send signals to the brain that help regulate the stress response.

One 2016 systematic review and meta-analysis of 14 randomized controlled trials, published in The Journal of Nervous and Mental Disease, concluded that tapping could significantly reduce anxiety.  Another review from 2016 published in Explore: The Journal of Science & Healing found that EFT was also “highly effective” in reducing depressive symptoms.  And The Journal of Nervous and Mental Disease also published another review in 2018, which concluded that the acupressure tapping itself was a key component of EFT that helped people find relief from PTSD and other mental health conditions.

Perhaps one of the best things about EFT is that it’s incredibly safe and has no side effects, even if the research supporting its effectiveness is limited overall.   And while it’s important to speak to your medical provider or mental health professional if you’re struggling with anxiety, depression, PTSD, extreme stress, or another psychological condition, there’s really no risk of harm in trying it yourself.

Curious how to get started with EFT?  Here are the five basic steps to help you begin

You can search online for courses and videos about EFT, but here’s a general five-step guideline to get you started:

Have you tried this technique yet?  Let us know what your experience has been like in the comment section below.