The strong link between glutathione deficiency and autoimmune disease 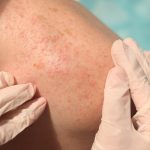 (NaturalHealth365) More than 100 different health problems – including joint and skin pain, blood sugar imbalances and gut disorders – have an autoimmune component that turns into the immune system attacking the body’s own organs, tissues and cells. A major cause of all this pain and suffering (less publicized by Western medicine) is the ever-increasing barrage of environmental toxins and stressors depleting our bodies’ stores of glutathione. (often referred to as, GSH)

Simply put, why would anyone be surprised that the incidence of autoimmune diseases has spiked in recent years.  In fact, the American Autoimmune Related Diseases Association estimates that a shocking 50 million Americans currently suffer from some form of autoimmune problems.

Important point: Research has shown that people suffering with an autoimmune disorder virtually always have low levels of GSH.  Conversely, having optimal levels of this “master antioxidant,” can help to modulate immune system reactions and reduce your risk of problems.

Step one: What is the purpose of glutathione (GSH)?

Glutathione, the body’s most powerful antioxidant, is a powerful detoxifier that binds to toxins and helps to eliminate them. It is also critical for immune function, and for controlling inflammation and oxidative damage.

Don’t forget: the body’s ability to prevent – and recover from – chronic health issues depend on its ability to produce and maintain high levels of this life-sustaining molecule.

GSH is synthesized in the body from the amino acids cysteine, glycine and glutamine. And, so, while the body produces lavish amounts in our youthful years, glutathione levels tend to decline as a normal part of the aging process.

Keep in mind, there are many factors that drain glutathione from the body, including: pharmaceutical drugs, environmental pollutants, hormonal imbalances, lack of sleep, obesity, sedentary lifestyle, poor diet and alcohol use.

Reduced glutathione is the form that actively combats free radicals. However, in the process, it gains an extra unpaired electron and becomes unstable, turning into oxidized glutathione.

An enzyme known as glutathione reductase triggers the conversion back to usable glutathione.

Many natural health experts maintain that oxidized glutathione must be recycled back into reduced glutathione in order to manage autoimmune disorders.  In fact, studies have shown that promoting glutathione recycling helps to regulate the immune system, reduce the autoimmune response, promote tissue recovery – and even heal “leaky gut.”

In order to boost healthy glutathione recycling, the first order of business is to reduce the stressors that threaten glutathione levels.

Steps you may need to take could include balancing blood sugar levels, addressing food intolerances, reducing your exposure to environmental toxins and pesticides, managing adrenal function, re-balancing the gut microbiome and adopting an organic diet.

Of course, it’s wise to first consult with a integrative physician or health coach to help you in the decision-making process.

You can support glutathione recycling with N-acetyl-cysteine, a biologically available form of cysteine that is rapidly turned into intracellular glutathione. Cell studies have shown that pretreatment with NAC raises glutathione levels in older cells, while helping to reduce cell death.

Alpha-lipoic acid helps to reverse depletions in glutathione that occur as a result of stress, while the amino acid glutamine – a precursor to glutathione – can boost levels as well.

Cordyceps, a medicinal fungus commonly used in Chinese Traditional Medicine, has been shown to protect cells by engaging the GHS enzyme cycle.

In addition, studies have shown that an herb known as gotu kola (or Centella asiatica) can increase levels of GSH peroxidase.

And, finally, milk thistle extract can increase GSH recycling and help to improve ratios of reduced to oxidized GSH.

And, foods rich in B-complex vitamins – such as grass-fed beef liver, organic pinto beans, lentils and garbanzo beans – can aid the methylation process – which is essential to the production and recycling of GSH.

In addition to helping to alleviate autoimmune disorders, GSH can be instrumental in helping to prevent diabetes, neurodegenerative diseases and many types of cancer.

In fact, it is difficult to think of a substance more vital to human health. No doubt, glutathione is simply too important to take for granted – and preserving it and protecting it can pay off in major health ways.