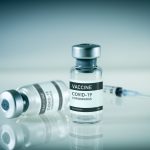 (NaturalHealth365) Neurological conditions like Guillain-Barré syndrome (GBS) are not unheard of following injections, nor following natural infections with certain pathogens, for that matter.  So, it’s heartbreaking, but not entirely surprising, that dozens of people have developed GBS after getting the COVID injection created by Johnson & Johnson (yes, the same pharmaceutical company that just recalled several of its sunscreens due to the presence of a cancer-causing chemical in them called benzene).

The findings are so telling that the U.S. Food and Drug Administration (FDA) recently added GBS as a potential adverse effect of the J&J jab.  What exactly is Guillain-Barré Syndrome, and what are the telltale symptoms of this devastating drug reaction? Keep reading for more.

Guillain-Barré syndrome is a rare and rapidly progressive disorder that causes inflammation of the nerves after the immune system mistakenly attacking nerves.  GBS can lead to sudden and profound muscle weakness and loss of sensation, among other symptoms.  It can even lead to complete paralysis or death in some cases. About 3,000 to 6,000 people experience GBS every year in the United States.

As of mid-July, there have been at least 100 preliminary reports of GBS among people who recently got the J&J shot, according to the FDA and U.S. Centers for Disease Control and Prevention (CDC).  These cases had been reported to the Vaccine Adverse Events Reporting System (VAERS).  Of these 100 people, 95 became seriously ill and required hospitalization; so far, one of these people did not survive the adverse drug effect.

In response to these reports, the FDA along with the U.S. Centers for Disease Control and Prevention (CDC) have officially added GBS as a possible adverse effect of the J&J shot, admitting that the available data “likely indicates a small possible risk” that people who have received the single-dose drug may be more likely to develop the rare neurological condition.

The FDA states there is not yet enough data to prove whether the shot actually causes GBS, nor whether the mRNA shots from Pfizer or Moderna are associated with an elevated risk of the dangerous neurological condition.

According to the National Organization for Rare Disorders, GBS symptoms come on suddenly and progress quickly, typically reaching their worst within two to four weeks.  According to the FDA, people who experienced GBS following the J&J shot (mostly men over 50) typically were diagnosed within 42 days after their injection.

The FDA urges people to seek medical attention right away if they notice any of the following five symptoms after getting J&J’s COVID injection:

As much as mainstream media, government officials, and health “influencers” like to try to bash VAERS, dismissing its usefulness while chanting “correlation does not equal causation,” it’s worth mentioning that the FDA itself continues to urge people experiencing any side effects to report to VAERS – and it’s so important that people do.

Otherwise, frightening health jab-related concerns like GBS might not get properly investigated.  And, hopefully, the public will realize that these medical treatments are not entirely “safe and effective.”

(NaturalHealth365)  The Wall Street Journal (WSJ), an organization that reports the news, END_OF_DOCUMENT_TOKEN_TO_BE_REPLACED