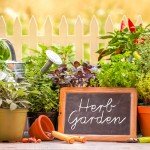 (NaturalHealth365) Worldwide, well over 200 million people are suffering with asthma and, to make matters even worse, this condition is largely “under-diagnosed and under-treated,” according to the World Health Organization (WHO).

In terms of the United States population, “more than 60% of adults with current asthma had uncontrolled asthma,” according to the Centers for Disease Control and Prevention.  And, the financial costs related to asthma are staggering at about $3,266 (per person) per year plus, it’s been identified as the number one culprit behind many chronic health issues in children.

What are the physical symptoms related to asthma?

While not all symptoms are alike, asthma has sometimes been described as attempting to breathe through a narrowed straw. Symptoms include difficulty breathing, wheezing or noisy breathing, hyperventilating and coughing.

Asthma attacks can range from troublesome to fatal.  Conventionally speaking, the cause of this bronchial tube constriction can seem impossible to pinpoint.  But, many integrative physicians believe the increased number of respiratory issues, in recent years, point to a gluten sensitivity and the consumption of too many conventionally-produced, dairy products and (sugary) processed foods.

And, while the reason behind the constriction of bronchial tubes may be open for debate, known triggers for asthmatic attacks include not only exercise, but also respiratory infections and emotional stress.

How do I relieve breathing problems – naturally?

While there are a wide range of medications available for alleviating symptoms of asthma, these inhalers and oral medications also introduce a host of negative side effects. For that reason, asthma patients have sought out home remedies for asthma – which are safer and more effective.

Here are three natural remedies that can relieve breathing difficulties and other symptoms of asthma without the dangerous side effects of conventional medications:

Of course, as stated early, you can try to eliminate gluten from the diet – which includes all wheat, barley and/or rye products.  In addition, according to the staff of the Mayo Clinic, asthma symptoms can be improved with consumption of pycnogenol and magnesium.

And, finally, while noting that additional studies would be useful, the clinic states that blends of different types of herbs – like garlic and turmeric – can be useful as a non-toxic alternative to prescription drugs to eliminate asthma symptoms.

In one study of 80 asthma sufferers over the course of four months, butterbur root extract was found to reduce the severity, duration and even frequency of asthma attacks.  Over 40 percent of the study’s subjects were able to decrease their use of conventional asthma medication.

In addition, at the first sign of an asthma attack, it has been found that a tincture of three parts lobelia to one part cayenne pepper mixed in water can stop an attack before it becomes full-blown.

2. Be sure to consume high quality, omega-3 fatty acids.

Also on the Mayo Clinic’s list of home remedies for asthma, these healthy oils can be found in flaxseeds, fish, nuts (especially walnuts) and seeds like chia.

According to Harvard School of Public Health, omega-3s, “are an integral part of cell membranes throughout the body and affect the function of the cell receptors in these membranes.  They provide the starting point for making hormones that regulate blood clotting, contraction and relaxation of artery walls, and inflammation.”

In other words, if you’re deficient in omega-3s, your risk of disease goes way up without this essential oil.

3. Learn about breathing and relaxation techniques.  Do not disregard this basic, powerful health tip.

Because emotional stress can increase asthma symptoms, it is no surprise that following breathing exercises and relaxation techniques can help to decrease bothersome and dangerous symptoms. In addition to reducing stress and promoting relaxation, yoga classes can help to make the patient more fit and healthy, improving an ability to control symptoms.

Common relaxation techniques including biofeedback, progressive muscle relaxation, meditation and even hypnosis – which can be helpful in relieving muscular tension and central nervous system stress associated with asthmatic attacks.

Interesting to note: The link between breathing exercises and relief of asthmatic symptoms was first widely promoted in 1952 by Konstantin Pavlovich Buteyko, MD.  Today, Dr. Buteyko’s recommended breathing treatment, which consist of a system of shallow-breathing exercises, is known as the Buteyko Breathing Method and is based on the doctor’s theory that over-breathing is a significant contributor to asthma’s breathing difficulties.

Dr. Buteyko believes shallow breathing increases the levels of carbon dioxide in the blood, helping to dilate smooth muscle in the airways.

By following these simple steps, you can breathe easier and avoid the need for toxic drugs.

(NaturalHealth365) The numbers are truly staggering.  In fact, worldwide, a fracture – END_OF_DOCUMENT_TOKEN_TO_BE_REPLACED

The ‘use it or lose it’ theory has changed: A surprising way your muscles respond to exercise

(NaturalHealth365) “Use it or lose it.”  You’ve heard that saying before.  Simply END_OF_DOCUMENT_TOKEN_TO_BE_REPLACED

(NaturalHealth365) Stressed out? Bummed out? You are definitely not alone! According to the World END_OF_DOCUMENT_TOKEN_TO_BE_REPLACED

NEW strain of deadly bird flu kills 38 percent of those infected and could spark a global pandemic, experts fear