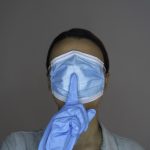 (NaturalHealth365)  Last month, the European Medicines Agency went on record stating that receiving a COVID shot booster repeatedly – third, fourth, perhaps fifth doses of the mRNA jabs as frequently as every four months or so – could weaken jab recipients’ immune responses.  According to EMA’s head of biological threats vaccine strategy, repeated boosters are “not something that we can think should be repeated constantly.”

But let’s even set aside the third, fourth, or fifth dose for a moment and look at other world data.  Is there evidence suggesting that even just one or two COVID shot doses are bad for you?

Data shared by the Daily Expose is shedding light on a proposed phenomenon known as “Covid-19 vaccine-induced acquired immunodeficiency syndrome”, or VAIDS.  It’s supposedly similar to AIDS, a syndrome caused by the human immunodeficiency virus that disrupts immune function and makes it difficult to fight off infections.

Supporters of the VAIDS-hypothesis also propose that the rapid decline in jab efficacy – as reported by U.S. public health officials and revealed in a recent study published in Science to be as steep as a 44% DROP in just six months – is a huge indicator that the human immune system is unable to provide adequate protection after getting stressed two or more times with a gene therapy drug within a year or so.

Another possible consequence of immune system damage caused by COVID shots is even worse adverse effects, something that the U.S. Centers for Disease Control and Prevention (CDC) expressed concern about during a media briefing back in July 2021, according to Reuters.

Additionally, government data from Scotland released in January even suggested that the COVID shots actually had NEGATIVE efficacy in December 2021 – in other words, twice-vaxxed individuals lost upwards of 70% of their immune response to the pandemic virus, and their jab status actually made them more susceptible to a COVID infection compared to unvaxxed people.  This negative efficacy trend has been observed in many areas of the world.

Is the world facing a massive spike in immune disorders and other chronic health diseases – and are COVID shots part of the problem?

It is important to understand that at this time, VAIDS is not considered a real phenomenon and has been swiftly debunked and fact-checked by mainstream media outlets.  According to AP News, other hypothesized kinds of immune damage associated with COVID shots – including antibody-dependent enhancement and destruction of immune T cells – have also been reported as “false.”

As we know, of course, what was once “misinformation” of the past – that lockdowns are harmful, for example, or that cloth masks are ineffective, or that fully vaxxed people can catch and spread SARS-CoV-2 – is now today’s acceptable truth.  And since it can take years, even decades, before serious health problems associated with drugs are realized and made known to the public (thalidomide, DDT, and Vioxx, anyone?), it’s appropriate to look at these COVID shots with proper caution.

Nobody should be made to feel crazy or “anti-vax” simply for having questions and concerns about these brand-new-to-the-market drugs.

Pay attention to your loved ones’ health over the coming months and years, especially if any of them have received a COVID shot.  Time will tell whether the population will begin to see a rise in immune-related dysfunction and whether we can accurately tease out all the underlying factors if this does happen.

In the meantime, do your part by doubling down on your healthy habits to keep your immune system as strong as possible.

(NaturalHealth365)  First, it was menstrual problems, and now, it’s current and future END_OF_DOCUMENT_TOKEN_TO_BE_REPLACED