Relieve your anxiety with oils of this MEDICINAL flower 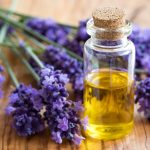 (NaturalHealth365)  Lavender flowers and their oil are famous for their use in aromatherapy and massage sessions.  While there are not many studies on lavender flowers or their oil, most studies show a positive correlation between the use of lavender and anxiety relief in patients.

In contrast, Western medicine tends to use benzodiazepine drugs to “treat” patients with generalized and persistent anxiety that is also accompanied by nervousness.  Unfortunately, these drugs cause can fatigue and have the potential to be abused – hence the demand for natural and safe alternatives like lavender is on the rise.

In terms of mood responses, those who inhaled lavender oil showed increased activity of theta (4-8 Hz) and alpha (8- 13 Hz) of the brain’s electric signals.  In addition, these subjects reported being more active, relaxed, and fresher than the subjects that inhaled base oil – clearly indicating that lavender not only relaxed the subjects but also improved their mental alertness.

How does lavender aromatherapy lower anxiety?

Both in vitro and in vivo studies indicate many possible mechanisms by which lavender decreases anxiety.  Lavender oil improves the expression of GABA-A receptors in cells in test tube studies and has also been shown to inhibit glutamate binding in the brain.

Glutamate is a powerful excitatory neurotransmitter, which when present in high levels interferes with sleep patterns and induces anxiety in patients.  Furthermore, lavender also contains a high amount of linalyl acetate – which exerts a relaxing effect, key to decreasing anxiety.

A study was done to assess the mood, alertness, and brain response of 40 adults receiving three minutes of aromatherapy using a relaxing odor (lavender) and stimulating odor (rosemary).  The group that got lavender therapy was less depressed, more relaxed, and performed better in math computations with more accuracy after therapy.

The rosemary group showed increased alertness while the accuracy of math was not the same.  The researchers of the study concluded that lavender does play a significant role in improving anxiety – especially via relaxation and inhibiting symptoms of depression in patients.

How should I choose lavender oil?

The bioactive constituents of lavender are linalool, linalyl acetate, 1,8-cineole B-ocimene, terpinen-4-ol, and camphor.  However, the relative level of each of these constituents varies depending on the type of species.

Be sure the lavender oil you choose has linalool at a higher concentration.  Ideally, a good quality product is distilled and processed immediately after harvesting.  After production, the resultant oil should be stored in a tightly closed, darkened glass container and placed in a cool and dark place to avoid chemical degradation.

Lavender oil has no potential for drug abuse or sedating side effects and appears to be an effective and well-tolerated alternative to benzodiazepine drugs to improve anxious thoughts.  However, lavender should be used cautiously or avoided in patients with known allergy to lavender.

Clearly, if you’re experiencing mental or emotional stress – lavender may help.  Inhaling a few drops of this medicinal oil may provide the relief you’ve been looking for.