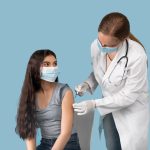 (NaturalHealth365)  Dr. Anthony Fauci, director of the National Institute of Allergy and Infectious Diseases (NIAID) and the White House’s chief medical advisor, recently predicted that babies and toddlers will be able to get the COVID shot by spring 2022.

Despite this, worries continue to grow about the safety of these mRNA injections for young people – and concerning evidence continues to roll in.  Just consider the most recent UK data released by the Office for National Statistics (ONS).

According to official weekly death rates data from the ONS – which is nicely analyzed and summarized by The Expose – deaths among children are 44% higher than the five-year average ever since the UK began offering the Pfizer mRNA COVID shots to all children age 12 and up.

The push to inject kids in the United Kingdom gained traction back in September 2021, when England’s Chief Medical Officer Chris Whitty advised the UK government to offer the Pfizer mRNA jab to all people over the age of 12.

The UK government heeded Whitty’s recommendation and immediately made the COVID injection available to this younger population, despite a dissenting opinion from the UK’s independent Joint Committee on Vaccination and Immunisation (JCVI).  According to BMJ, JCVI stated that the “health benefits of vaccination were ‘marginally greater than the potential known harms,'” and did NOT recommend mRNA shots for all 12 to 15-year-old kids.

The same data from the ONS reveals that the five-year-average death rate for male children and female children is 42% and 47% greater, respectively, since the UK government began offering COVID shots to kids.

The silver lining: the absolute number of child deaths in the UK remains relatively small; between week 38 and week 45 of ONS data collection, for example, just 59 deaths among children aged 10-14 occurred.  In comparison, however, just 41 deaths occurred during this same time frame according to the 5-year-average dataset.

This eerie increase in deaths does not prove the COVID shots are to blame – but the correlation between the rise in young deaths and the initiation of the youth vax program should be worrisome enough to warrant closer examination.

And in other news that mainstream media won’t touch: Pfizer trial data reveal recipients of mRNA jab were MORE likely to get infected with SARS-CoV-2 than people who received placebo

According to Pfizer’s briefing document to the U.S. Food and Drug Administration (FDA) dated September 17, 2021, people in their drug trial who received two doses of the mRNA vax were more likely to become infected with SARS-CoV-2 (70.3 cases per 1,000 person-years, 9.8 months post-dose 2 on average) compared to people who got a placebo initially and then later crossed over to the mRNA jab group (51.6 cases per 1,000 person-years, 4.7 months post-dose 2 on average).

This data, found on page 22 of the FDA briefing documents, is being spun as support for the need for a booster shot due to the evident “waning immunity” of the first two mRNA jabs, especially in the wake of the so-called Delta variant.

But this data is also followed by a stunning admission.  “Only 3 severe COVID-19 cases were reported during the analysis period,” Pfizer says to the FDA, “all of which occurred among study participants originally randomized to [the mRNA COVID shot].” (emphasis ours).

Let’s face it: Science is not settled.  The scientific debate should be welcomed and encouraged.  And the idea that parents should feel pressured into injecting their kids with these mRNA jabs sheds a harsh light on just how egregious the transgressions against informed consent have become.

(NaturalHealth365)  According to Mayo Clinic, 10 to 20 percent of known pregnancies END_OF_DOCUMENT_TOKEN_TO_BE_REPLACED

A COVID-19 mitigation strategy that few health officials talk about

(NaturalHealth365)  As we approach the two-year anniversary of the COVID-19 pandemic, many END_OF_DOCUMENT_TOKEN_TO_BE_REPLACED

(NaturalHealth365)  2020 and 2021 have brought unprecedented events on a global scale.  END_OF_DOCUMENT_TOKEN_TO_BE_REPLACED