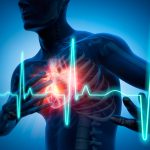 (NaturalHealth365)  A study recently published in Circulation, the journal of the American Heart Association (AHA), sounds a serious warning about the possible link between the mRNA COVID shot from Pfizer and Moderna and heart attacks.

Does this mean Big Pharma companies will actually be held accountable for the possible injuries, illnesses, and deaths their products are responsible for?  Not so fast, says one leading cardiologist.

CONTROLLING THE NARRATIVE:  Research suggesting link between COVID shot and heart attacks is being hidden from public eye

The study from Circulation, published on November 8, 2021, asserts from its data that “mRNA vacs dramatically increase inflammation on the endothelium and T cell infiltration of cardiac muscle and may account for the observations of increased thrombosis, cardiomyopathy, and other vascular events following vaccination.” The study also found that the five-year risk of developing acute coronary syndrome (ACS) for patients in the cohort increased from a baseline of 11% to as high as 25% following vaccination.

Unsurprisingly, the article has already been flagged with an “expression of concern” by the AHA, citing issues over typographical errors and possible data irregularities in the abstract.

Equally unsurprising is that mass PR campaigns are preemptively trying to squash concerns over the anticipated wave of heart attack victims coming in the near future.  We are now being told by the media, for instance, that hundreds of thousands of people will soon face “heart-related illnesses due to post-pandemic stress disorder,” or PPSD.

It’s almost funny if it weren’t so tragic – that the same people who ignored or downplayed the negative impact of lockdowns, such as financial ruin and social isolation, will almost certainly place blame on the very adverse outcomes their lockdown policies created to explain away the alarming number of people who are likely to suffer heart attacks in the coming months and years.  Never mind that millions of people have taken experimental drugs within the past year with absolutely no long-term safety data (and questionable short-term data to boot).  Surely that can’t be a factor.

Meanwhile, a British cardiologist named Dr. Aseem Malhotra recently said in an interview on United Kingdom’s GB News that another team of researchers from a prestigious yet unnamed British institution contacted him privately to admit that they, too, found a link between coronary artery inflammation following the mRNA shots.  However, they are deciding not to publish their findings because they are “concerned about losing research money.”

‘They aren’t going to publish their findings, they are concerned about losing research money’

It’s officially “when not if:” U.S. is preparing to change the definition of “fully vaccinated”

In a move that was entirely predicted by people dismissively labeled as “conspiracy theorists,” Dr. Anthony Fauci recently admitted in an interview with CNN that he believes it is a matter of when, not if the definition of “fully vaccinated” will change.

In other words, sooner or later in the United States, anyone who willingly (or unwillingly, under threat of job loss or other punishment) complied with the first two doses must agree to get a third dose to retain the “fully vaxxed” title, and perhaps whatever sense of righteousness that comes with that.

Many other U.S. officials voice the sentiment.  For example, the governor of Connecticut, Ned Lamont, said in a December 8 article in US News that he believes “if you were vaccinated more than six months ago, you’re not fully vaccinated.” New Mexico Governor Michelle Lujan Grisham has also come out and stated that for her constituents, fully vaxxed “means three vaccines.”

This brings up an important question:

Can anyone ever be “fully vaccinated” anyway?  If pharmaceutical companies like Pfizer and Moderna – in collusion with global governments and mass media – continually create new versions of their mRNA jabs to account for all the new “variants” and continue to demand that people take these shots to be able to participate in society and feed their families, then aren’t we just creating an unending parade of compliance?

What is yet to be determined is if and how long people will continue to agree to the growing adult vaccine schedule being forced upon American society – using drugs made by pharmaceutical companies who are not liable for any injuries or deaths caused by their highly profitable products.

(NaturalHealth365)  The denial and gaslighting were strong from mainstream media, government officials, END_OF_DOCUMENT_TOKEN_TO_BE_REPLACED