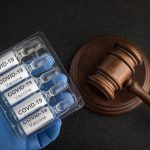 (NaturalHealth365) As healthcare systems and school systems around the country announce COVID injection mandates for their communities, many are starting to push back.

One major hospital in Houston, TX, is facing a lawsuit brought by more than 100 of its employees.  These employees say that forcing them to get the shot subjects them “to medical experimentation as a prerequisite to feeding their families.”  Readers: what’s your take?

Texan healthcare workers told to get jabbed or face the consequences.  Do they have legal grounds to fight back?

Houston Methodist is a major healthcare network in Texas featuring eight hospitals and over 26,000 employees.  In April, Houston Methodist’s CEO announced that all employees would have to get the COVID injection by June 7 or risk suspension or termination.

In response, 117 employees filed a lawsuit.  In it, they allege that this mandate violates the infamous Nuremberg Code.  The 1947 code states, among other things, that no human experiment should be permitted without the ability of the individuals involved to “exercise free power of choice, without the intervention of any element of force, fraud, deceit, duress, overreaching, or other ulterior forms of constraint or coercion,” such as the threat of termination.

But the question – whether employers can legally make experimental drugs a condition of employment – remains controversial.  For instance, according to new rules from the Equal Employment Opportunity Commission (EEOC), employers can legally mandate these drugs, although employees “might” be able to get exemptions because of a “disability or religious belief, practice, or observance.”  In these instances, accommodations such as masks, social distances, or schedule changes may be required.

Judge dismisses case, argues that getting a COVID jab is “not an illegal act”

In a disappointing turn of events, on Saturday, U.S. District Judge Lynn Hughes dismissed the lawsuit claiming that Texas law only protects employees from termination if they are asked to engage in illegal activity leading to potential criminal penalties.  According to the judge, mandating the shot is not an illegal act, and it carries no criminal penalties.  Hughes also called claims alleging that the vaccines are dangerous “false” and “irrelevant.”

As for Houston Methodist, the organization is following through on its threat.  As of June 9, the network has suspended 178 employees for 14 days without pay over their decision not to get the shot.  An additional “285 workers received a medical or religious exemption, and 332 were granted deferrals for pregnancy and other reasons,” according to ABC 13 News from Houston.

The Occupational Health and Safety Administration (OSHA) recently made headlines by stating that employers who mandate COVID shots must report adverse reactions as work-related injuries or illnesses.  It was a reasonable call: if an employer can require medical treatment as a prerequisite for employment, they should have to assume at least some accountability for instances in which the medical treatment causes harm to its employees.

Understandably, OSHA faced harsh backlash and “confusion” over these guidelines.  On May 21, the agency updated their guidelines, stating they do “not wish to have any appearance of discouraging workers from receiving COVID-19 [injection] and also [do] not wish to disincentivize employers’ [injection] efforts.”  As a result, the agency now says employers will not have to report employee side effects from the experimental drugs – at least for the next year.

In a May 26 article published by the Society for Human Resource Management, an attorney from North Carolina says the updated guidelines are “welcome” and celebrates the fact that “employers no longer need to worry themselves with recording reactions.”

“No longer need to worry themselves.”  As if reporting adverse effects from these drugs – many of which have led to employee sick days – are nothing more than a nuisance to the employer instead of a potential health issue for the employee.  It is this kind of flippant attitude that really puts the Houston Methodist lawsuit into some perspective.

(NaturalHealth365)  Have you seen it?  Floating around the internet is an infamous END_OF_DOCUMENT_TOKEN_TO_BE_REPLACED