Do you suffer from chronic pain? Try THESE drug-free, non-invasive natural interventions to get relief 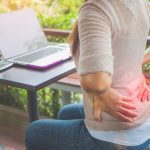 (NaturalHealth365) Over 20 percent of American adults suffer from chronic pain – defined as pain lasting longer than three months, or pain that persists beyond the normal healing time for an underlying condition or injury.  A debilitating and frustrating condition, chronic pain exacts a serious toll on sleep, job performance, interpersonal relationships, and quality of life.

While researchers report that chronic pain is one of the leading reasons for individuals to seek medical care, all too often the treatment they receive appears to be sadly inadequate.  A newly published study shows that the number of people living with chronic pain significantly increased across every US adult demographic in the years 2002 through 2018, with researchers calling the rise “steep, sustained and pervasive.”

In a study involving over 400,000 participants ages 25 to 84 and published in Demography, the researchers relied on data and questionnaires from the National Health Interview Survey.  The survey asked about five common sites of pain: the lower back, the neck, the face and jaw, the joints, and the head.  Researchers took into consideration the following factors: age, gender, race, ethnicity, education, and income.

The team found that chronic pain increased “across the board” in the years of the study.  While it rose the most among people of lower income, those of more comfortable means weren’t immune.  People with household incomes of roughly twice the poverty level saw an increase of 42 percent in chronic pain, while people whose household income was four times the poverty level saw a 14 percent increase.

The results were apparently not what the researchers had been expecting.

“You might think that with medical advances, we’d be getting healthier and experiencing less pain, but the data strongly suggest the exact opposite,” commented co-author Dr. Hanna Grol-Prokopcyk, associate professor of sociology at the University of Buffalo College of Arts and Sciences.

The joints and the lower back were the most prevalent sources of pain, researchers found.  And, reports of chronic pain increased by 10 percent during the study period, which represents 10.5 million more people in pain.  The Institutes of Medicine reported that the number of people experiencing chronic pain exceeds those affected by heart disease, cancer, and diabetes combined.

While pain increased for all groups, factors for chronic pain varied by age brackets

Older participants, those between 65 and 84 years, had physical health issues associated with their chronic pain – such as obesity, diabetes, kidney issues, and high blood pressure.  (In fact, 20 percent of pain increase in people aged 45 to 64 are due to arthritis, which becomes more common as people age).

Younger and middle-aged people “felt the hurt” through mental health issues such as distress and alcohol abuse.  Dr. Grol-Prokopcyk said that the results involving younger age groups demonstrated that pain can be as much a mental health problem as a physical issue.  She called for healthcare providers to focus on prevention and management of pain – rather than procedures and medications – and urged an interdisciplinary approach.

The “dark side” of prescription medications features abuse, addiction, and toxic side effects

While Western medicine attempts to treat chronic pain with medications such as opioids and non-steroidal anti-inflammatory drugs (NSAIDs) the side effects of these can be severe.  Long-term acetaminophen use has been linked to heart attacks, gastrointestinal bleeding, and liver problems, while NSAIDs increase the risk of stomach ulcers, kidney failure, and stroke.

Opioids can not only cause constipation, fatigue, and dizziness but carry the potential for abuse, overdose, and addiction. Ironically, studies have shown that opioids may be ultimately ineffective for chronic pain – and may even worsen it.  In fact, the team noted that opioids “may have contributed” to the rise of pain prevalence in the United States.

It’s no wonder that many people have turned to natural and alternative methods of pain control.  While there is no one solution for the complex problem of chronic pain, natural methods can often help provide a measure of relief.

Relaxation techniques – such as guided meditation, biofeedback, and deep breathing exercises – can promote the release of endorphins, neurotransmitters with pain-killing properties.  These techniques have been shown in some studies to alleviate muscle tension, muscle spasms, aches, and pains.

Tai Chi – a system of slow, continuous movements combined with breathing and relaxation techniques – can improve strength, joint stability, and balance.  One review published in Scientific Reports showed that Tai Chi was associated with improvements in chronic pain from arthritis and lower back pain.

Other recent studies and reviews have demonstrated beneficial effects from yoga, a combination of specific poses, deep breathing, and relaxation.  In one study, “hot” yoga, performed in a heated room, showed particularly promising results.

And – while it may be the last thing you feel like doing when suffering from an aching back – moderate aerobic exercise (such as walking, jogging, dancing, and swimming) has been shown to improve chronic pain.  (Conversely, inactivity appears to worsen chronic pain).  Of course, seek the advice of an integrative physician familiar with your condition before trying a new exercise regimen.

Lavender essential oil, inhaled through a diffuser, was shown in one study to lessen the use of painkillers after surgery.  And, in one encouraging study, topically applied lavender oil was comparable to the effect of tramadol, a prescription analgesic.  Finally, bergamot essential oil aromatherapy has been shown to reduce neuropathic (nerve) pain.  For topical application, natural health experts advise blending 10 drops of essential oil to each tablespoonful of carrier oil, such as olive or coconut oil.

Chronic pain is not only a leading cause of disability – but may even impact longevity.  And, it imposes a huge financial burden.  Treating chronic pain carried a staggering $600 billion price tag in 2012, the last year for which statistics were available.

Clearly, there is much room for improvement in the treatment of chronic pain.  Hopefully, emerging and traditional natural techniques will receive more attention as a tool against this serious public health problem.  Of course, as a final thought, never underestimate the value of eating an “anti-inflammatory diet” – which includes staying well-hydrated with clean (pure) water and eating lots of organic vegetables and some fresh fruit.